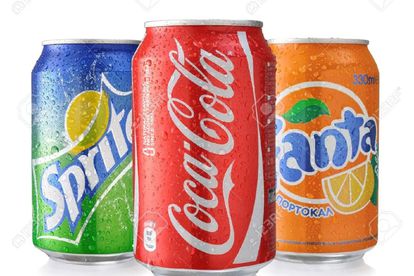 A traffic officer said he was not soliciting a bribe but actually wanted to quench his thirst. PHOTO: 123RF/choneschones

A traffic officer said he was not soliciting a bribe but actually wanted to quench his thirst. PHOTO: 123RF/choneschones

A traffic officer who was fired for trying to solicit a cold drink from a motorist attempted to fight for his job back. The Mpumalanga traffic officer was dismissed for the alleged ‘R200 cold drink’ bribe. But he claims he actually wanted to quench his thirst due to the hot weather that day.

CCMA MAKES A RULING ON TRAFFIC OFFICER DISMISSED FOR BRIBE

The Commission for Conciliation Mediation and Arbitration (CCMA) heard a matter where a traffic officer was fired for soliciting a bribe.

Gift Hleza, a traffic officer from Mpumalanga, approached the CCMA after being fired by the Msukaligwa Local Municipality.

The traffic officer was caught by undercover anti-corruption agents. This was during a speed operation on the road between Mkhondo and Ermelo in January 2020.

He was then arrested and released on R1 500 bail pending the finalisation of his corruption trial, said the Road Traffic Management Corporation (RTMC).

The commissioner of the CCMA found that it was difficult in attaching weight to the version presented by the traffic officer.

Spokesperson Simon Zwane says the commissioner found it difficult in giving weight to the version given by the traffic officer. According to the officer, he just wanted to quence his thirst as it was hot that day.

“[The commissioner] said the only inference that could be drawn was that [the officer] wanted payment in kind. The commissioner found that Hleza’s dismissal was substantively fair.”

The CCMA ruling comes a week after two other people were sentenced for corruption related to traffic matters.

The Bethlehem Regional Court sentenced him for accepting a R5 500 bribe to organise a heavy vehicle driving licence for a motorist.

“He disappeared with the money and failed to deliver the driving licence. Mosia is expected to serve eight months in prison after the court suspended his sentence for four years,” Zwane said.

In another matter, a former traffic officer, Meshack Masenjwa, 37, was also found guilty for corruption. He accepted a R100 bribe and was sentenced to five years imprisonment by the Middelburg Regional Court.

“The RTMC believes that these decisions will spur the efforts of the corruption fighting agents to identify and arrest more officers involved in bribery, corruption and fraud in the traffic law enforcement sector,” Zwane said.

ALSO READ: WATCH: Did this JMPD officer accept a bribe on camera?