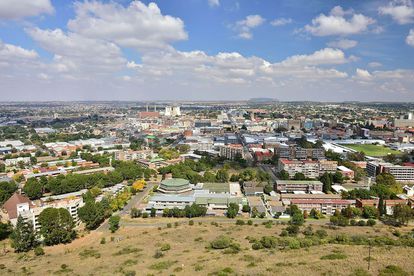 The Free State health department has embarked on a rigorous new testing regime, following an outbreak of COVID-19 infections in Bloemfontein.

Health Minister Zweli Mkhize, who recently spent time in the Free State assessing the province’s response to the coronavirus outbreak, commended tracing teams in their efforts to halt local transmissions. In recent weeks, the province has intensified its efforts to track thousands of churchgoers who came into contact with the deadly virus between 9 and 11 March.

The Jerusalem Prayer Breakfast, hosted by the Divine Restoration Ministries in Bloemfontein, has become a central focus point of the coronavirus outbreak in South Africa and, particularly, in the Free State. In addition to impacting religious figures, like evangelist Angus Buchan, and politicians, like African Christian Democratic Party (ACDP) leader Kenneth Meshoe, the prayer meeting has set off a chain of events which has left the health department scrambling to control.

Almost 500km away from where the meeting was held, the City of Ekurhuleni was recently forced to close the Duduza Clinic after a nurse, who had attended the Divine Restoration Ministries event, tested positive for COVID-19.

Worryingly, the nurse was only tested three weeks after returning from Bloemfontein, leaving the window of opportunity for the virus to spread among patients and staff, wide open.

On Friday 3 April, the Free State had confirmed 84 positive cases of COVID-19 infections. The health department has said that the majority of these infections are directly related to the Jerusalem Prayer Breakfast.

An 85-year-old pastor, John Hlangeni, who attended the religious gathering, died on Monday 30 March after contracting the virus.

Since the outbreak in the Free State, the health department has rolled out mobile testing facilities to all priority districts in the province. Mkhize commented on the need for urgent testing, saying:

“As you know, the Free State was the first to receive mobile testing units to ensure every church member was tested.

“I am pleased to report that, further to this, the tracking and tracing of all contacts has gone extremely well, extending to all provinces where affected congregants may have travelled to after the conference.”

Prior to the announcement of a national lockdown, President Cyril Ramaphosa had explicitly warned against large gatherings, singling religious meetings out as potential hotbeds of infection. While some religious institutions heeded the call, including the Zion Christian Church (ZCC) which holds the largest membership base of any organisation, some smaller groups have been slow to answer.

Mkhize, while noting the severity of the spread in the Free State and the urgency required to trace citizens who may have come into contact with congregants, applauded the work done by tracer units so far, saying:

The Free State government has confirmed that it will intensify mass screening procedures in the coming days, noting the following focus areas:

The health department issued the call for citizens to come forward for screening, saying:

“The department is asking all members of the community that had contact with COVID-19 positive people or if you have been exposed to COVID-19 environments, you are asked to avail yourself for screening to determine your eligibility to test for COVID-19.”