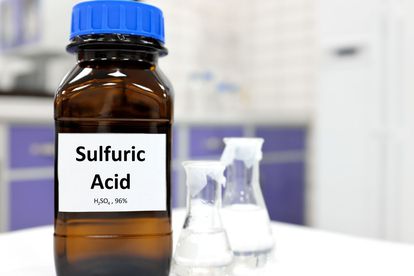 A woman was convicted of murder after she threw sulfuric acid on a woman who she believed was having an affair with her husband.

THE WOMAN WAS SENTENCED TO 15 YEARS BEHIND BARS

According to police spokesperson Captain Carmen Rhynes, the 28-year-old woman was sentenced to 15 years in prison.

Rhynes said the accused Precious Ngidi went to where Noxolo Mkhwanazi (26) worked in Tongaat on 11 March 2019.

“She confronted the deceased about having an affair with her husband. They got into an argument, and the accused removed a container from her bag containing acid and threw it on the deceased.

“In the process, some of the acid spilled on the accused. A reaction officer immediately attended the scene and transported the accused to Tongaat police station, as the community members wanted to assault her at the time.”

Rhynes said the woman was handed over to Detective Warrant Officer S. G. Naidoo, who then arrested her for attempted murder.

“At the time, she had a one-month-old child.”

ALSO READ: Mother accused of selling her 13-year-old daughter and another girl for sex

She furthermore, both the clothing of the deceased and accused was taken to the Pretoria Forensic Trace Analysis Laboratory to establish what acid was used.

“The laboratory report confirmed that the acid found on the clothing was sulfuric acid that penetrates the skin and flesh, causing organ failure.

“In June 2019, the deceased was declared dead at Albert Luthuli hospital, and the charge was then changed to murder.”

An entire trial was run and unfortunately had to be delayed due to the accused falling pregnant and mothering another child, currently aged three months old.

Rhynes furthermore said the accused maintained she acted in self-defense throughout the trial.

“Even in mitigation of sentence, she said she was remorseful but still claiming self-defense, although the evidence at trial proved otherwise.”

The deceased’s family was in court and commended both the investigators and were pleased with the sentence.