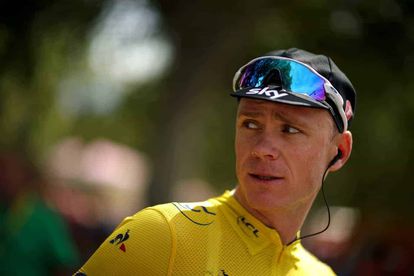 The 105th edition of the Tour De France gets underway from Noirmoutier-en-l’Île on Saturday morning, and it is shaping up to be a stunner.

The tour is actually the shortest one this century. But given that the riders are being asked to cover more than 3 300km and 21 stages over the next three weeks, this won’t exactly be a stroll in the park.

British cyclist Chris Froome has won the Tour de France in four of its last five editions. He goes into this race as the favourite to win it, but has been dogged by allegations of doping at the 2017 Vuelta a España.

His campaign has already got off to an acrimonious start, as he was booed and jeered by a partisan French crowd on the west coast during the pre-tour presentations.

If you’re planning on following the race, we’ve got all the essential information here. There is a full weekend of sport coming up, so make sure nothing gets between you and a date with the TV:

Tour de France 2018: Everything you need to know

When does the Tour de France 2018 start?

Things get underway from 11:00 on Saturday 7 July.

TV schedule and live stream for the Tour de France

You can watch all the action on SuperSport 5, DSTV channel 205. The live broadcast will begin at 10:50, following the stage through to its conclusion just after 16:00.

On Sunday, coverage begins at 13:00 whereas things will get underway later on Monday, from 15:00. Follow SuperSport’s schedule here to track the start times for each day.

If you have your DSTV login details, you can stream the TDF online. Just visit the site and follow the instructions provided.

Who is part of Team Dimension Data?

The eight-strong team will be lead by Britain’s Mark Cavendish, who will be determined to exorcise his demons from last year’s race. He crashed out of the 2017 TDF after a collision with Peter Sagan.

What other South Africans are taking part?

Impey won a stage on the Tour back in 2013, when he became the first African to wear the yellow jersey, holding it for two stages.

Very technically speaking, some of us like to claim Chris Froome as one of our own (watch him speaking Afrikaans here). Until he’s in trouble, of course.

What is the prize money for winning the Tour de France?

Anyone who finishes in the top 20 during each stage also gets a cash reward, although that can be as low as $350. Still, not a bad day rate hey?