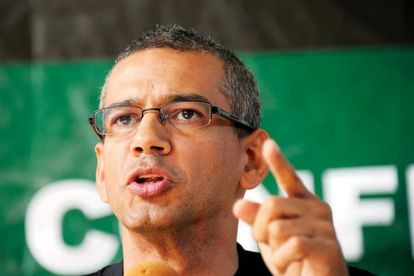 Tony Ehrenreich, the former head of Cosatu Western Cape, has claimed that the term “coloured” is derogatory towards South Africans, and suggested that it is replaced by “camisa” in an open letter to Cyril Ramaphosa.

As TimesLive report, Ehrenreich said the letter sought to draw attention to what he described as “the de-Africanisation of the ‘coloured people’ in SA”.

The unionist has recently found himself in hot water after being found guilty of committing hate speech towards the Jewish community. Referring to Israel’s conflict with Palestine, Ehrenreich stated that it must be “an eye for an eye” whenever a civilian is killed in Gaza.

This week, he’s at the centre of another racially-charged storm. His open letter slams the word coloured as a construct of apartheid’s racial policies and called for Heritage Day (Monday 24 September) to be the time where this issue is openly addressed:

“The term ‘coloured’ is “a derogatory construct of the apartheid racial separation of people. Let this Heritage Day be the last one that sees this community excluded from their rightful place in the family of African cultures that make up the Rainbow Nation.”

“We ask for a consultative process that leads to the correction of this historical and cultural anomaly in SA.”

Tony Ehrenreich believes that the racial demographic should instead be referred to as “camisa”. He reasons that his culture originates from the mouth of the Camisa River, which flows underneath the infrastructure of Cape Town.

As expected, his comments have caused something of a backlash across South Africa. Many coloured citizens took to social media to express support for the term given to their identity:

???? Sellout Tony Ehrenreich’s view doesn’t represent Coloured people. We are comfortable with the label and we don’t want to be called anything else. https://t.co/5ESxFWgMXf

The problem with Tony Ehrenreich’s letter is that some people want to be called coloured. I think it’s best to ask individually what that person prefers.