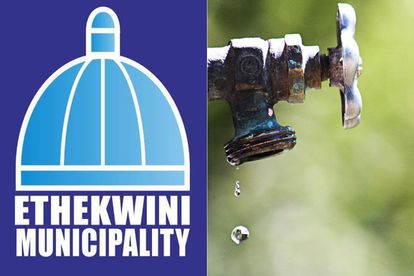 Mxolisi Kaunda, the mayor of eThekwini, is scheduled to visit Tongaat residents in Durban to discuss rebuilding efforts at the local water treatment plant.

Tongaat residents have been without water for over a month

The scheduled visit is a response to angered Tongaat residents taking to the streets for the second time on Wednesday to express their frustrations on not having access to water for over two months.

The devastating flooding experienced in April caused significant damage to the water treatment plant which supplies water to the area. These damages resulted in the water shortages that are currently causing frustration among the community.

Frustrated residents took to the streets to protest

Access routes to the town including the R102, Watson Highway and parts of N2 were prevented by the protestors with the use of stones and burning debris. The protestors have promised to intensify the protests if their demands do not adhere too. A standstill in traffic required police intervention in order to disperse the protestors.

While water tankers have been dispersed by the municipality in an attempt to limit the impact of the water shortage, residents have complained that certain areas have not had access to these water tankers. A resident by the name of Maddu Isseri expressed that the councillors knew about the protest but have not spoken to the protestors. The protestors are requesting proof that steps are being taken toward repairing the city’s water.

Kaunda says City is implementing steps for an emergency supply

The residents were informed that repairs to the water treatment plant would take approximately five months. During a media briefing on Wednesday, 1 June, Kaunda confirmed that the city is implementing steps to develop an emergency water supply from the Nyaninga dam.

Kaunda stated that the repairs to the water treatment plant have been delayed due to the immense damage to the roads leading to the plant. The roads currently owned by Tongaat Hullet will allegedly be repaired within ten days which will allow access to the plant where repairs can commence, reports The Citizen.