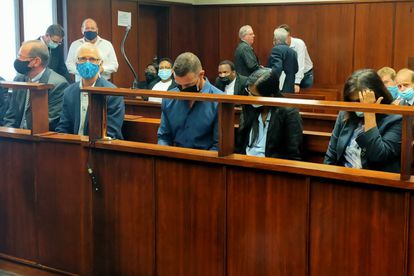 A case of fraud was brought before the Durban Specialised Commercial Crimes Court. The hearing brought to light the involvement of six former Tongaat Hullet executives and an auditor in their apparent illegal acquirement of R3.5 billion.

The case is reportedly ready to be heard by the high court.

The individuals are suspected to have backdated land sale agreements between 2015 and 2018 consequently resulting in the company receiving and declaring increased profits. Substantial bonuses were awarded to the suspects as a result of these increased profits.

The suspects are currently being charged with breaching numerous acts including the Financial Markets Act, the Companies Act and Prevention of Organised Crime Act.

According to the State, the indictment for the seven accused was supposed to be served on Monday. However, State prosecutor Andre Carlitz shared that clarity on the High Court allocation from the judge president was still needed.

While no objections are reported on behalf of the accused defence attorney regarding the postponement of the matter, the record does reflect that the accused plan on disputing the racketeering charges the State reportedly intended on adding.

In other fraud-related news, Minister of Social Development Lindiwe Zulu says around 5 812 public servants applied for and received the R350 Social Relief of Distress grant (SRD). The public servants fraudulently applied at a cost of R5.8 million.

Zulu says her department is currently working with the National Prosecuting Authority (NPA), the Department of Public Service and Administration and the SAPS. Their aim is to bring the accused public servants to book.

Although 5 812 public servants were caught and identified, only 242 cases were sent by the department for further investigation. Zulu, in a written Parliamentary Q&A said this was decided to be the best course of action. Read the full story here.