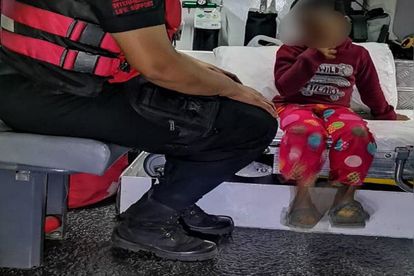 A father is reportedly on the run after he was allegedly caught red-handed sexually assaulting his five-year-old daughter in Tongaat, KwaZulu-Natal.

According to private security, Reaction Unit South Africa (RUSA), they received a call for assistance at approximately 22:14 on Sunday.

On arrival, the five-year-old child’s mother informed Reaction Officers that she was asleep in her home when her intoxicated husband arrived. Her twin son and daughter were also in bed with her. The 37-year-old also told the officers that she woke up and discovered her husband raping her daughter.

RUSA spokesperson, Prem Balram said the woman forced the father off the child when he began assaulting her. He then fled the residence in an unknown direction.

“The woman made several calls for assistance from the time of the incident however received no help. She thereafter called an educator from her daughter’s school who contacted RUSA for assistance. A female RUSA Member interviewed the child who confirmed that her father had sexually assaulted her.”

The mother and daughter were transported to the Tongaat SAPS to register a criminal case.