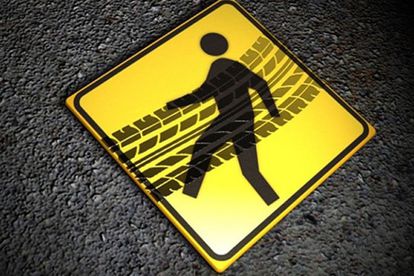 A man was run over by multiple vehicles on the R102 in Phoenix and died. Image: Pixabay

A man was run over by multiple vehicles on the R102 in Phoenix and died. Image: Pixabay

A male pedestrian believed to be in his mid-thirties was reportedly killed after he was run over by a white Toyota Avanza on Gopalall Hurbans road in the Tongaat CBD in KwaZulu-Natal (KZN) on Thursday morning.

According to private security, Reaction Unit South Africa (RUSA), its members were called out to the scene at approximately 04:02 after receiving requests for assistance for the critically injured pedestrian.

Reaction Officers and RUSA Medics were immediately dispatched and on arrival located the pedestrian on the side of the road.

RUSA spokesperson, Prem Balram said on examination he was found to have sustained life threatening injuries and died on scene.

In a separate incident, seven people were injured, one of them seriously so whilst a pedestrian was killed following a collision on the M4 Ruth First Highway near the Blue Lagoon area in Durban, KZN.

According to ambulance service, Emer-G-Med, paramedics arrived on the scene to find a Renault Triber had overturned occupying the width of the roadway.

Closer inspection found seven occupants of the vehicle to have sustained injuries, with one of them suffering a serious head injury.

Advanced Life Support paramedics reportedly  worked fervently to stabilise the injured before they were transported by ambulances to nearby receiving medical facilities for further care.

“A male pedestrian suffered fatal injuries and was declared dead on arrival of paramedics. It is believed that the man attempted to cross the highway when he was struck by the vehicle, causing it to overturn.”