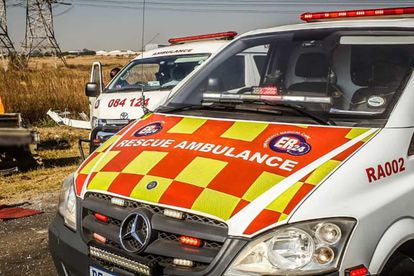 A truck accident on the N1 outside De Doorns in the Western Cape has left six people dead an 18 injured.
Photo: Twitter: ER24 EMS (Pty) Ltd.

A truck accident on the N1 outside De Doorns in the Western Cape has left six people dead an 18 injured.
Photo: Twitter: ER24 EMS (Pty) Ltd.

The City of Ekurhuleni’s Disaster and Emergency Management Services (DEMS) on Monday pleaded with the public not to attack emergency personnel.

The plea was made following a spate of assaults on paramedics and firefighters and damage to emergency vehicles.

“A paramedic had to be hospitalised after an attack in Tokoza and two ambulances were decommissioned due to broken windows caused by members of the community in Reiger Park and Ramaphosa Informal Settlement respectively at the weekend,” said DEMS spokesperson William Ntladi.

Paramedic attacked for doing his job

He said a member of the community who was part of a group of about 50 people in Empilisweni informal settlement, Tokoza, attacked a paramedic on Friday after he declared a patient dead.

“The paramedic rushed to Tokoza Police Station to report the matter, after which he was taken to Union Hospital for a medical check-up and discharged on the same day.”

Ntladi said that on the same evening, an ambulance was ambushed and had its window shattered in Ramaphosa informal settlement, Boksburg. A patient was in the ambulance at the time of the attack.

“Fortunately, no casualties were recorded as a result,” he said.

Another paramedic strangled, manages to escape

On Sunday, a paramedic was strangled by a patient he was attending to inside an ambulance in Reiger Park.

“He managed to free himself and jumped out of the ambulance. The patient and his alleged accomplices followed the crew, with one attacker wielding  a knife,” Ntladi said.

He said the patient and his accomplices stoned the ambulance and a window was broken.

“The crews managed to escape from the scene without much physical harm.”

Ntladi said both cases had been reported to the police and were still under investigation.

“An emergency vehicle that is decommissioned due to damages may take a long period before it is returned to service, and that might affect a member of the community who may need emergency services during such a period,” he said.