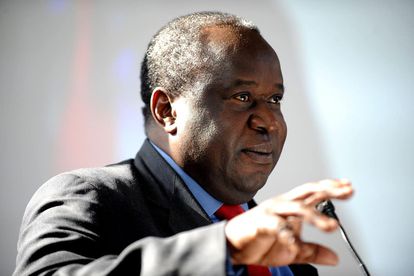 South Africa’s Minister of Finance Tito Mboweni has published a mammoth 75-page plan to dig the country out of its current economic hole and create 1 million new jobs in the process.

The paper, titled Economic Transformation, Inclusive Growth, and Competitiveness: Towards an Economic Strategy for South Africa, was published to the National Treasury website without the usual hullabaloo that you’d expect to accompany a master plan to save the country.

It is thorough, though, and it is clear a lot of time and effort went into its creation. The executive summary alone is six pages long.

“The government should urgently implement a series of reforms that can boost South Africa’s growth in the short term, while also creating the conditions for higher long-term sustainable growth.”

The areas of the economy affecting growth

Of course, this is nothing we haven’t heard before. To borrow a cliche that is fast becoming something akin to a motto for the way the South African citizens feel about their politicians: Talk is cheap.

However, this does feel a bit different. For one thing, the paper was released, almost unnoticed, late on Tuesday evening with almost no advertisement that it had been published.

The paper outlines policy suggestions and proposals that could boost economic growth by 2.3% above the current forecast and create a million jobs.

Despite this, it has been published as a discussion paper and not the silver bullet to save South Africa, with Minister Mboweni inviting comment from the public by 15 September 2019.

Some of Mboweni’s ideas are definitely going to turn heads

As mentioned, it is a massive paper with a ton of interesting ideas and it is highly recommended that every South African citizen has a look through it and, if so inclined, sending a comment to National Treasury.

However, for those who are short on time and/or interest, here are some of the more eye-catching suggestions:

Please note, this is just the briefest of overviews. There really is a lot of important information in the document. It is highly recommended that every South African at least reads the executive summary.

You can see it in its entirety by clicking here.

Comments may be sent to Rita.Coetzee@treasury.gov.za by 15 September 2019.