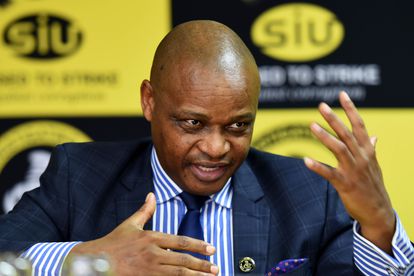 This was revealed in a Parliamentary briefing session on 1 September, which researchers at the Institute of Security Studies (ISS) labelled as the tip of South Africa’s procurement corruption iceberg.

“This did not include the Digital Vibes saga. And that hefty sum reported by the SIU is just the tip of South Africa’s procurement corruption iceberg,” said Richard Chelin, Senior Researcher, ENACT organised crime programme at ISS.

He said that when the Public Procurement Bill was tabled in Parliament in February 2020, it was received with optimism and its year-and-a-half delay doesn’t inspire confidence that those responsible for procurement are in a hurry to see it passed.

“The first major procurement scandal in democratic South Africa was the 1999 Arms Deal that saw R30 billion of defence equipment purchased. Since then, a litany of graft cases has cost the economy many billions in taxpayers’ money.”

“Testifying at the Zondo Commission, National Treasury’s acting chief procurement officer Willie Mathebula noted that in 2017 more than 50% of the annual R800 billion procurement budget was lost due to intentional abuse of the system,” he said.

READ: SIU: R11m forfeited from Eskom manager to be handed over to State

Chelin said that when the Bill was tabled, many government and civil society stakeholders pointed out several problems with the new Public Procurement but there is no account for the ongoing delays in finalising the draft.

“The country already has numerous policies and laws on procurement in municipalities and provinces, and National Treasury regulations – yet billions of rand are still lost. Without a functional criminal justice system or a culture of government officials holding their colleagues to account, the problem will persist,” he said