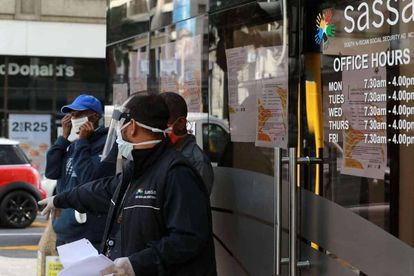 As many of us now know, the special R350 COVID-19 grant has been extended by a further three months. This came during President Cyril Ramaphosa’s State of the Nation Address (SONA) on Thursday evening. South African human rights organisation Black Sash, however, has indicated that the extension is still inadequate.

Black Sash said the COVID-19 pandemic continues to be an immediate threat and on top of that, we are far from rolling out the vaccines widely.

“Until then, economic growth will be constrained and sufficient access to healthcare, food and social security remain important lifelines. While the President’s speech was filled with many promises, significant facts included: we must overcome poverty, joblessness and hunger; economic growth has declined by 6,6% with 1.7 million more people unemployed; and the unemployment rate is now a staggering 30,8% or 43,1% according to the expanded definition,” it said in a statement on Friday.

Black Sash said this requires immediate state intervention in the form of direct cash transfers to those who are unable to meet their basic needs.

“Close to ten million people applied for the COVID-19 Social Relief of Distress (SRD) grant and about three million people were rejected. We also know that over seven million recipients benefitted from the Caregiver Grant – a grant government terminated in October 2020.  These figures illustrate how pervasive poverty and unemployment is. It further indicates that the President’s projection for a recovered economy with significant employment opportunities by the end of 2021 is extremely unrealistic,” it added.

Black Sash said government must immediately adjust the eligibility criteria to include adult women who are unemployed and who receive a Child Support Grant on behalf of children.

Additionally, it demands that the R350 Covid-19 SRD grant be aligned with the Upper-Bound Poverty Line of R1 268.

“In the interim an adjustment to the Food Poverty Line, currently at R585, will suffice,” it said.

It added that government must extend the grant until the end of the 2020/2021 financial year, after which Basic Income Support for those aged 18 to 59 years with no to little income must be made permanent.

“President Ramaphosa’s address was silent on the government’s long term plans for the implementation of Basic Income Support. This is deeply concerning given that the triple challenges of poverty, inequality and unemployment is structural in nature and that full employment remains a myth,” it added.