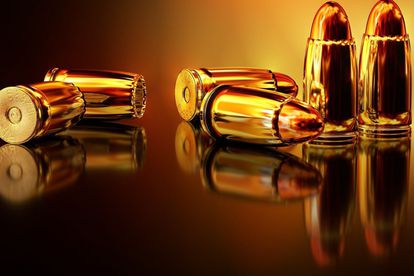 Three men were arrested in connection with a triple murder that occurred in March at the Victoria Lodge informal settlement in Cape Town. Photo: Stock Image / Pixabay

Three men were arrested in connection with a triple murder that occurred in March at the Victoria Lodge informal settlement in Cape Town. Photo: Stock Image / Pixabay

Three men were apprehended after they were linked to a triple murder at the Victoria Lodge informal Settlement at Southfield, Cape Town.

The incident occurred in March. According to South African Police Service spokesperson Sergeant Wesley Twigg, all the victims were shot in the head. Twigg stated that the three men are expected to appear before the Wynberg Magistrate’s Court on Monday, 12 September.

Twigg explained that the Anti-Gang Unit detectives worked hard to bring the people responsible for the triple murder to book. The detectives managed to make a breakthrough in the case when they arrested the three suspects aged 19, 29 and 42, reports SABC News.

“The investigation was handed over to the Anti-Gang Unit detectives to pursue all avenues to bring the perpetrators of this gruesome murders to book. The detectives made a breakthrough in the case when they arrested three suspects aged 19, 29 and 42 in connection with the murders. The suspects are due to make a court appearance in the Wynberg Magistrates court n Monday to face the charges against them,” said Twigg.

Meanwhile, it was reported that the police in the Western Cape are investigating another triple murder after three men were shot and killed in Mbekweni near Paarl in the early hours of Sunday, 14 August. The province has been rocked by a number of mass shootings in 2022.

South African Police Service (SAPS) spokesperson Brigadier Novela Potelwa said Organised Crime detectives have been tasked with the investigation. Mbekweni police members were summoned to Sakhelwe Street at approximately 5:10 on Sunday. The dead bodies of the men were riddled with gunshot wounds.

The men are aged 30, 33 and 40. Their identities will be released to the public once their families have been notified of the tragic incident. Members of the public with information that could assist the investigation are encouraged to contact the Crime Stop hotline at 08600-10111 or use the My SAPS app. Read the full story here.