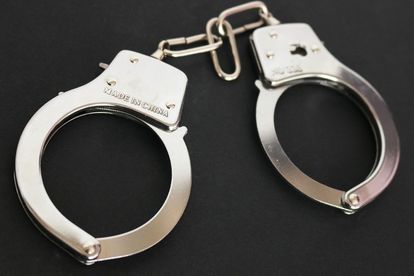 Two women and a man have been arrested by SAPS in Gauteng for impersonating labour inspectors. The accused allegedly went to various establishments in Marabastad pretending to be from the Department of Employment and Labour.

Spokesperson for the department in Gauteng Mishack Magakwe stated that the individuals are undocumented foreign nationals. According to Magakwe, the trio are accused of visiting various stores to check compliance with labour laws.

Magakwe stated that SAPS officers questioned the trio and discovered that they possessed forged contracts. The contracts implied that the individuals were working with the Department of Employment and Labour in collaboration with the South African Revenue Services (SARS) and the Amandebele Kingdom.

It is further alleged that the trio forged the documents they had in their possession. This included fake inspector cards from the labour department. This is what they used to enter the various stores to conduct ‘inspections’.

The forging of documents and impersonations are a criminal offence, according to Magakwe.

“The department emphasises that it is a criminal offence under the Basic Conditions of Employment Act for anyone to pose as a labour inspector and perform any functions related to labour inspection,” said Magakewe.

Magakwe emphasised that the department had no contract with any outside company to conduct inspections of stores on its behalf. He stressed that employers need to be extra cautious

He went on to commend the employers who caught on to the impersonation which led to the three arrests. Magakwe explained that labour inspectors can easily be identified by features which include the uniforms they wear.

The department has recommended that employers identify labour inspectors by their identification cards which has the department’s logo as well as their uniforms. These are made before an inspection is conducted.

“The department wishes to reiterate and unequivocally state that it has no agreements or partnerships with any recruitment agencies, nor has it authorised any organisation to charge a fee for services rendered by the department,” he added.

ALSO READ: Motshekga plans to rebuild SA education system – with English ‘on its way out’