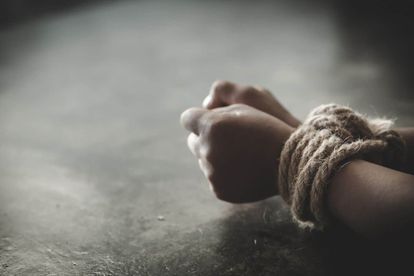 A multidisciplinary team has arrested three suspects linked to a kidnapping syndicate  wherein hitch-hikers were the main targets in the North West.

The syndicate which has been mostly operating in the Potchefstroom, Klerksdorp, Orkney and surrounding areas have been targeting members of the public who were hitch-hiking in these areas with their main target being mineworkers.

According to police, the syndicate would lure unsuspecting victims from hitch-hiking spots under the pretence of transporting them to their various destinations.

Victims would then be robbed off their personal belongings, followed by ransom payment demands that were made to their families for their safe return.

Police spokesperson, Colonel Athlenda Mathe said the multidisciplinary team traced the suspects along the R502 road linking Potchefstroom and Orkney on Friday. Two foreign nationals aged 24 and 37 years of age were found travelling in a motor vehicle matching the description of a vehicle wanted in a case where a post office employee was kidnapped last Wednesday.

Mathe said during the search of the vehicle, police discovered several items belonging to a second victim who had been reported as Kidnapped on Thursday. In this matter, a ransom demand was also made to the family of the victim.

“Police have positively linked them to the kidnapping of the post office employee who was released after the ransom payment was paid and at least 12 other kidnapping cases where victims were robbed off their personal belongings and ransom demands made for the safe return of the victims.”

“The swift and collaborative approach by members of this multi-disciplinary team consisting of members of the North West Crime Intelligence, the Murder and Robbery unit, the Provincial Narcotics team, as well as visible policing teams attached to the Orkney and Khuma police stations ought to be commended. We will continue to mobilise resources to capacitate our specialised units with a view of improving policing interventions in order to ensure that our interventions respond to the ever changing crime trends”

The trio will appear at the Orkney Magistrates Court on Monday, 14 March 2022 on charges ranging from Kidnapping, Extortion, Armed Robbery and Possession of Suspect Stolen Goods.