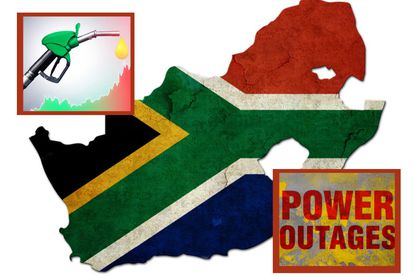 Threat of national shutdown for SA over fuel increases and blackouts Photos: Stock/Canva

Threat of national shutdown for SA over fuel increases and blackouts Photos: Stock/Canva

Could South Africa be facing yet another National Shutdown?

Some suggested that everyone drive to a Freeway near them at 07:00, switch off the cars for two hours, and repeat this every day until the government listens to them.

See some of their responses here:

They even started the trending hashtag #SorryJacobZuma to apologise to former President Jacob Zuma.

SOME EVEN APOLOGISED TO ZUMA

#SorryJacobZuma was the number one trend along with #NationalShutdown on Twitter in South Africa on Tuesday.

Most praised the corruption-accused former president Zuma with the general sentiment being, “you do not know what you have until it is gone”.

Several others posted their apologies to the former president.

“I hope I’m not too late, but I would like to take this opportunity to apologise to President Jacob Zuma for all the harmful things I said about you during your tenure. I was made to believe that you were the problem, but I know better now. Sorry, my president”.

THE RECENT FUEL INCREASES AND LOAD SHEDDING CAUSED THIS REACTION

This comes after the recent announcement by the Minister of Mineral Resources Gwede Mantashe. He announced the adjustment of fuel prices in South Africa for July on Monday. The increases will be effective from Wednesday, 6 July.

In summary, based on the current local and international factors, the fuel prices for July 2022 will be adjusted as follows:

As things stand, the current inland of 93 petrol is R23,94 while 95 petrol costs R24.17. After Wednesday’s increases, both grades will cost more than R26 per litre.

And that is not all – the recent labour dispute at Eskom resulted in protest action. The protest action piled on top of Eskom’s usual struggles saw the country plunge into Stage 6 load shedding last week and this week Monday.