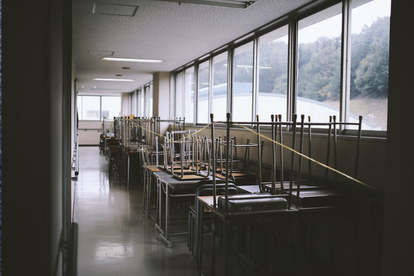 The Gauteng Department of Education has stuck to its decision to fire a Pretoria school headmaster for sexually harassing his personal assistant in July 2019. The principal asked for a hug and a kiss after the assistant had concluded a task for him in his office.

The principal, who is identified as Nyiko Baloyi from Thornridge Secondary School in Montana, Pretoria, demanded to kiss his personal assistant in July 2019. He was soon dismissed from his job for sexual harassment. An appeal to reclaim his livelihood was lodged but he was unsuccessful.

HOW THE VICTIM WAS SEXUALLY HARASSED

According to ELRC’s report, the sexual harassment act happened in Baloyi’s office in July 2019 in Pretoria. Mr. Baloyi, then the school’s principal, had requested his personal assistant to edit letters. After the task was done by the personal assistant, Mr. Baloyi took the moment to ask for a hug before inappropriately demanding a kiss.

“She stood up and hugged him. Baloyi squeezed her tightly and forcefully wanted to kiss her,” ELRC’s Arbitrator Themba Manganyi told TimesLIVE.

“She could feel Baloyi’s erection because he was squeezing her very tightly. She told Baloyi that she needed to fetch her daughter and that it was late.”

“She did not tell her colleagues what happened in Baloyi’s office as she was still in shock,” the ruling report added.

VICTIM TOLD HER MOTHER ABOUT THE INCIDENT

While the personal assistant did not share the incident with any of the colleagues at the Pretoria school, she did, however, inform her mother.

The mother later sent Baloyi a WhatsApp message saying: “What you do is not acceptable the way you were hugging [my daughter] and trying to kiss her I saw you through the window I was waiting for [my daughter] to say something but she didn’t. I’m very disappointed, I can’t believe it’s from you.”

Baloyi replied: “I was just joking with her, sorry my sister, I apologise. Think you will find a place in your heart to forgive me. Sometimes when you are stressed you end up acting funny. Will talk tomorrow. Please.”

Baloyi, who was regarded as a father, pastor, and mentor at the Pretoria school, later claimed that the personal assistant’s mother had made sexual advances towards him, and therefore she influenced her daughter to lay charges.

The ruling nevertheless found Baloyi guilty and he therefore failed to retain his job at the Pretoria school.