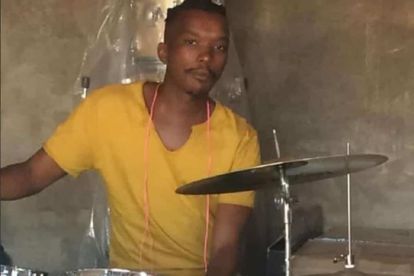 The Polokwane Magistrate’s Court has become a hot-bed of emotion on Thursday morning, as the five teenagers accused of murdering Thoriso Themane made their first appearance in the dock.

Political parties and protesters turned up the venue carrying placards and banners demanding swift justice for the slain Limpopo resident. However, the age of the suspects means that there will be some very strict laws with regards to their identities.

With that in mind, we thought we’d put together a quick guide on what we know about the accused parties so far. Cases like these can be shrouded in secrecy, so we’ll be lifting the veil as much as legally possible.

Who are the alleged Thoriso Themane murderers?

The boys are accused to have brutally beaten Thoriso Themane after believing he was guilty of a heinous crime himself. These claims were totally unfounded. They are said to have approached the victim in Flora Park, Polokwane, before fatally injuring Themane and fleeing the scene.

However, the public outrage has been exacerbated by the surfacing of two videos – one that depicts the crime, and another where one of the alleged killers boasts he won’t be caught because “his dad was a police officer”.

Age of the suspects in the Thoriso Themane case

It’s unlikely we’ll be allowed to legally name this group for quite a while. Thursday marks their first appearance in court and there won’t even be an application for bail scheduled. Media personnel also are not allowed in the courtroom for this case but have been granted permission to gather outside the magistrates in Polokwane

If found guilty, how will they be prosecuted?

According to the Child Justice Act of 2010, a child over the age of 14 has criminal capacity unless the child can prove otherwise. That means it will be up to the defence to prove their innocence, rather than the onus resting on the state to prove their guilt.

They will still be seen as children in the eyes of the law. According to Section 28 of the Constitution, imprisonment of a child should only be seen as a “last resort” and the guilty parties aren’t as likely to face the full might of the law like an adult would be.

‘In the sentencing of a child, every court must take into account the contents of section 28. This includes treating as paramount the best interests of the child and imprisoning a child only as a matter of last resort and for the shortest appropriate period of time.”

“Under the Constitution, childhood is not merely one mitigating factor to be balanced against factors in favour of a harsher sentence. Section 28 demands a different enquiry into sentencing.”

Article 40, The Dynamics of Youth Justice in South Africa