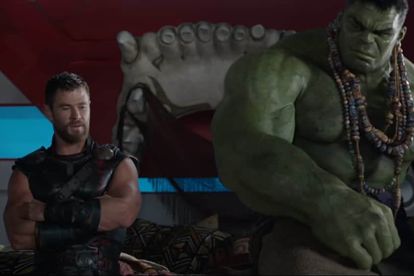 The third Thor movie (Thor Ragnarok) is around the corner and so much has changed since the first movie, Thor has short hair, Natalie Portman is not involved and the Hulk is now part of the setup. Gotta love those Avengers ey!

When does Thor Ragnarok release in South Africa?

Ragnarok comes four years after 2013’s Thor: The Dark World, it might not feel like that long however due to Thor being a regular in the Avengers movies. Ster-Kinekor will begin showing of Ragnarok on Friday the 27th of October.

Like basically all of the Marvel superhero movies, Ragnarok is expected to bring in hundreds of millions of dollars globally. The film is also the most anticipated fall release in America.

Who is in the Thor Ragnarok cast?

Chris Hemsworth returns as Thor but his long hair sadly does not, Tom Hiddleston is also back as Loki but as we alluded to above, no Natalie Portman it seems.

Cate Blanchett is the new villain, she plays the Goddess of death Hela and is looking to totally destroy Thor’s planet of Asgard. Mark Ruffalo features heavily as the Hulk and Benedict Cumberbatch is set for a couple of cameos as Dr Strange.

How is the latest Thor Ragnarok trailer looking?

How would you expect it to look? Great, that’s how! Marvel is known for managing to strike the perfect balance between high budget superhero movie and critical acclaim.

This trailer shows that off clearly with brilliant action combined with clever character depth and humour between Thor, the Hulk and Loki. The two minute snippet also does a fantastic job of showing us just how powerful Hela is as she absolutely obliterates Thor’s hammer.

Check it all out below.

With so many great movies coming out in the next few months, will you be heading to the cinemas for Ragnarok? We certainly will…