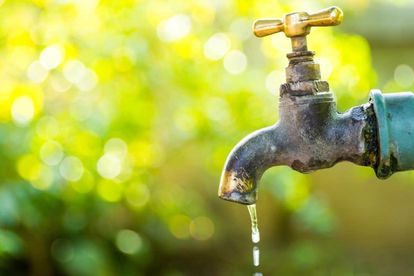 eThekwini Municipality has warned residents of a planned water shut down that will result  in many suburbs not having tap water on Thursday but it says it’s a small price to pay to avoid a possible two month shortage.

“Umngeni Water has planned a 19-hour shut of its raw water conveyance line to repair a failed scour valve.  This will result in a 50% reduced treatment capacity from Durban Heights waterworks that supplies most areas in Durban,” eThekwini Municipality said.

“This shut will allow only 280Ml/day of water to be treated for distribution to eThekwini Water and Sanitation customers as opposed to an average of 550Ml/day. This is minor works and we urge you to plan to be without water for only a short period until the system can be recharged to its full supply,” ethekwini municipality said.

“Risk assessments have been carried out and if this repair is not carried out, we risk an emergency where further failure could result in two months’ shortage of supply.”

Durban areas that won’t have water

The shutdown is planned to run from 1am until 8pm on February 25.

“EThekwini Water and Sanitation Unit will be implementing intermittent closing of strategic reservoir outlets to protect the network systems during the 19 hours and upon recovery of the system,” eThekwini Municipality said.

The areas or suburbs that will be affected by this outage in the northern region are as follows;

All queries regarding water supply must be referred to the city’s call centre on the following numbers: