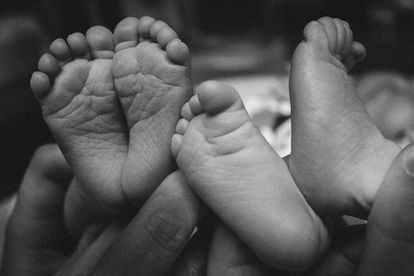 According to the Recorded Live Births 2021 report released by Statistics South Africa on Monday, almost one million births occurred in 2021. Photo: Pixabay.

According to the Recorded Live Births 2021 report released by Statistics South Africa on Monday, almost one million births occurred in 2021. Photo: Pixabay.

A couple from Vereeniging is accusing the Thelle Mogoerane Regional Hospital in Gauteng of negligence and claims the health facility lost the remains of their baby.

The couple alleged that they were shown somebody else’s baby at the hospital’s mortuary.

In an interview with eNCA, the couple said they arrived in the morning at Thelle Mogoerane Hospital and waited the whole day until someone from the mortuary told them that their baby was not there. The mother, Angelina Kongkong said they were then told there is another baby.

“We went to check but that child did not have my name, it had someone else’s name but it was the only baby in the mortuary,” she explained.

Kongkong said the issue started at the labour ward as she was placed in high care because her situation was risky.

She alleged that the hospital’s nurses and midwives who were more knowledgeable about her situation walked out the ward and left a young male nurse.

“Immediately when the child started coming out, the male nurse left me and ran around trying to find the nurses.

“Even when they were in the ward they didn’t help me with anything, they were busy with videos. Even when I complained about pain they denied it saying it was impossible, they disagreed with everything.”

The father, Frans Makgoro said he just wants the hospital to give them their baby back and pay for what they did.

The Thelle Mogoerane Hospital reportedly denied claims that it lost the remains of the baby and said the misidentification is being investigated.

According to the Gauteng Health Department, medical-legal litigation continues to increase and it has reportedly been refused extra funding to pay for adverse judgements which is why its own funds are attached by creditors.