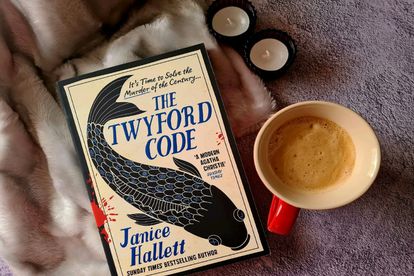 ‘The Twyford Code’ by Janice Hallett. Image via Twitter @roeliareads.

‘The Twyford Code’ by Janice Hallett. Image via Twitter @roeliareads.

According to The Urban Writers website, crime novels are the second-most popular book genre, losing first place only to the romance genre. It makes sense then that there are so many authors out there who try their hand at murder mystery novels.

Murder mystery lovers, however, can quickly tire of the same mystery structure used so often, but Janice Hallett proves that the crime novel format can be far from one-dimensional. Her latest mystery novel, The Twyford Code, is as intriguing as it is refreshing. It turns the crime story format on its head and draws the reader in by making them part of the story.

‘THE TWYFORD CODE’ HAS A UNIQUE WAY OF DRAWING READERS IN

Hallett’s mystery consists solely of audio transcripts. The reader cannot help but be drawn in due to the story being presented in the same manner as what would be the case of real evidence.

With quirks in the transcripts like misheard words (“must’ve” becomes “mustard”!), the reader observes how a mystery cleverly unfolds through the written-down recordings of our main character. Readers find out what happens in the story at the same time he experiences it, one can say, in “real time”.

You will not be able to put down this murder mystery once you’ve opened the book. Besides the fascinating structure, the story also has a host of very interesting characters, to say the least.

All in all, The Twyford Code is the most unique murder mystery landing on our shelves in a long time. It is not one to be missed.

Forty years ago, Steven Smith found a copy of a famous children’s book. Its margins full of strange markings and annotations. He took it to his remedial English teacher, Miss Isles, who became convinced it was the key to solving a puzzle. That a message in secret code ran through all Edith Twyford’s novels.

Then Miss Isles disappeared on a class field trip, and Steven’s memory won’t allow him to remember what happened. Now, out of prison after a long stretch, Steven decides to investigate the mystery that has haunted him for decades.

Was Miss Isles murdered? Was she deluded? Or was she right about the code? And is it still in use today?

Desperate to recover his memories and find out what really happened to Miss Isles, Steven revisits the people and places of his childhood. But it soon becomes clear that Edith Twyford wasn’t just a writer of forgotten children’s stories. ‘The Twyford Code’ has great power, and he isn’t the only one trying to solve it.

According to Suffolk Libraries’ website, Janice Hallett is a British author, screenwriter and an award-winning journalist.

Before her literary crime debut, Hallett worked as a journalist and magazine editor. She also wrote for the stage and screen. Her first feature film, Retreat, was released in 2011, and she won the award for Best New Screenplay at the 2014 British Independent Film Festival.

In 2021, Janice published her chart-topping debut thriller, The Appeal, which has been a big hit with UK readers. Composed of emails, texts, police transcripts and other documents, The Appeal changed the game for murder mysteries. Janice’s second novel, The Twyford Code, is similarly unique in its transcript format and has also become a bestseller.

The Twyford Code is published by Viper Publishers and is available for purchase at Exclusive Books stores for R363.