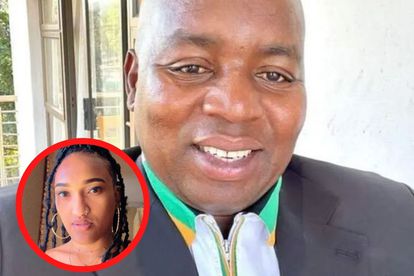 The Economic Freedom Fighters (EFF) released a public statement on the 28th of May 2022. In the statement, the party highlighted their distaste toward the recent confirmation that Philemon Lukhele had been given a cellphone.

EFF demands repercussions for those involved

The EFF is insisting that those responsible suffer full legal consequences and are ultimately arrested.

Philemon Lukhele is currently imprisoned for the apparent kidnapping, murder and rape of Hillary Gardee. He was reportedly given a cellphone by the correctional officers who actively smuggled the device into the facility.

The possession of the cellphone was confirmed by the Department of Correctional Services in a statement.

The EFF believes that the presence of the cellphone indicates an attempt by the State to aid and abet a detained criminal. Furthermore, the delay by the Department of Correctional Services in confirming the presence of a cellphone further proves their suspensions. according to the party’s statement.

“The fact that Lukhele had this cell phone, is nothing but a clear indication that the state is complicit, and is actively aiding and abetting a detained criminal, in order for him to subvert justice,”

The party’s greatest concern stems from reports that the device was smuggled into the facility and given to Lukhele by correctional service officials, more specifically by a member of the National Youth Development Agency (NYDA).

It is believed that Lukhele used his political influence to garner privileges for himself within the correctional facility while simultaneously making a mockery of the justice system.

The EFF not only want an immediate investigation into those involved but also insists that the process be dealt with through the process of public prosecution.

They believe that corruption within correctional facilities actively undermines the reputation and trust of said facilities.

A thorough investigation into those who made contact with Lukhele should be conducted by examining the cellphone call logs and messaging platforms, says the EFF.