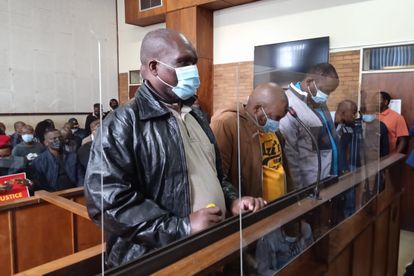 The three men accused of killing Hillary Gardee appeared before the Nelspruit Magistrate’s Court on Monday, 9 May.

Sipho Lawrence Mkhatshwa, 39, Philemon Lukhele, 47, and Albert Gama, 52 were arrested over the weekend shortly after the deceased’s body was found.

“Hillary Gardee was abducted a week ago and her body was found along Lydenburg Road outside Mbombela.

“All three suspects were arrested between last Friday and Sunday in different areas in the district of Mbombela,” said Nyuswa.

In court on Monday, the accused abandoned their bail applications. The matter was postponed to 9 June to allow the State more time to complete its investigation.

According to the charge sheet seen by The South African, the State believes Mkhatshwa, Lukhele and Gama met with each other in Nelspruit between 22 January and 28 April 2022 and allegedly planned to kill Gardee, 28.

The court papers also detail how Gardee and her three-year-old daughter were forced into a vehicle in the Nelspruit CBD on 29 April. The child was found a day later.

Gardee was allegedly raped on the same day of her kidnapping before being murdered on 30 April. Both incidents are believed to have taken place at a lodge owned by Lukhele.

The suspects allegedly dumped the body of the deceased at Rhenosterhoek near Sabie on 30 April where timber workers made the discovery.