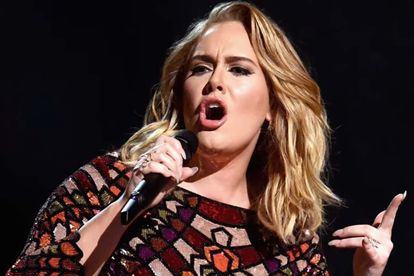 This years Grammy Awards took place in the early hours of this morning. As usual with these type of awards, artist’s fans take to social media to go head to head with rival fan bases. Last night it was definitely the Beyonce vs Adele show. Adele beat out Beyonce in all the categories they were nominated in together.  Beyonce fan’s were absolutely FURIOUS.

Beyonce fan’s call themselves the “BeyHive,” and like their queen, they can be absolute savages.

Adele was praised (and ensured the BeyHive didn’t come after HER) for using her acceptance speech to thank Beyone, even saying she couldn’t accept the award.

Adele professes her love for Beyoncé and Lemonade while accepting her award for Album of the Year #GRAMMYs pic.twitter.com/8J9uWKV195

The speech was so touching that Adele was praised for using her White privilege to highlight the importance of Beyonce’s LEMONADE album.

When @Adele uses her time to talk about another album and artist, maybe that's a sign you got it wrong #grammys #beyonce #lemonade #respect

Adele said her black friends are empowered and stand up for themselves because of Beyoncé's art. I think that was brave and necessary

#Lemonade can we take a minute to realize #Adele used her white privilege to give #Beyonce all the respect she rightfully deserves????

So while the BeyHive were upset with the Grammy’s, Adele showed exactly what it means to support other female artists.

Adele recognizing Beyonce is the reason why she excels in the industry. Excellence will always respect excellence #adele #beyonce #grammys

Remember to tune into the full Grammy Awards repeat, tonight at 19:00 on Channel O DSTV.