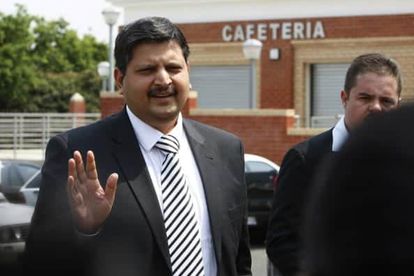 It starts as a whisper, a rumour and before long an entire network of deceit and corruption is exposed; leading to a flight from Lanseria to Dubai not long after the family vehemently denied ever having planned to leave SA for Dubai.

Thing is, the Gupta brothers packing their bags and f*cking off doesn’t exactly help their case. In fact, as the EFF said, it only serves to make them look more guilty than before and by proxy, all those in their considerable orbit.

First, we have our beloved Jacob Zuma, who the EFF alleges personally dropped off R6 billion for the Guptas on his last trip to Dubai. Is it just a pure coincidence then that the Indian family chooses Dubai to flee to? As you’d well know, Indians aren’t exactly treated as equals in most Arab states. Why not go back to India?

Then we have these fresh allegations of Gupta-linked ministers having travelled to Dubai last year on some nefarious quest on behalf of the family.

Now, up and to now you’d have been able to explain all of this away; but with the Gupta’s — and Zuma’s son Duduzane — having quit their jobs last week and leaving the country for… DUBAI, it all seems just a little bit fishy.