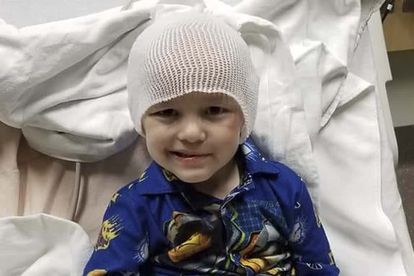 Garrett Matthias, a five-year-old from central Iowa, died on 6 July from a rare type of cancer. The little boy had a big hand in his unique obituary and one of a kind memorial service.

The devastating news Garrett Matthias’ parents had to deal with

Last month, after learning from doctors that Garett’s cancer was terminal, Emilie and Ryan Matthias, the boy’s parents, started asking him questions about funeral and burial preferences. It enabled the Matthias’ to compile his obit.

Although it mentions details of some of the painful cancer treatments he had to endure, it’s his funny intakes and requests that are garnering attention.

Garrett said that funerals are sad, but his burial would not be. Therefore, the little boy put in these very particular requests regarding his service:

When he was asked if he wanted to be buried or cremated, he answered:

“I want to be burned (like when Thor’s mommy died) and made into a tree so I can live in it when I’m a gorilla.”

When is Garrett Matthias’ memorial service?

Garrett’s memorial service, which takes place on Saturday, will take into account these requests. Snow cones, carnival games, fireworks and, of course, five bouncy houses will be part of his memorial service.

Additionally, an archer will shoot a flaming arrow to a small boat carrying the boy’s ashes.

Death was also a sensitive topic the parents approached Garrett about. The boy had big plans and confidently stated that he was

“going to be a gorilla and throw poo at Daddy!”

The obituary notes that there will be a private burial of Garrett’s ashes, at a later date,

“once his parents figure out how the hell to get his ashes made into a tree.”

Garrett chose to close his obit with these colourful words: