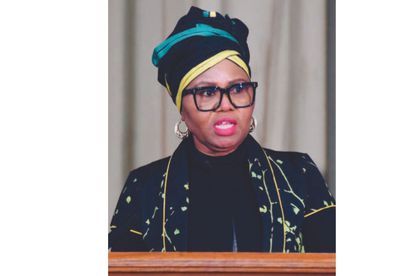 Social Development Minister, Lindiwe Zulu, has been appointed as a champion for a global and diverse movement driving change to ensure that every woman, girl and young person has the right to make decisions concerning their bodies, lives and future.

The SheDecides movement brings together government, civil society, media and donors to stand up and to speak out for bodily autonomy, and sexual and reproductive health and rights.

“I welcome the opportunity to join forces with other SheDecides champions across the globe to advance an agenda that promotes and protects girls and women’s right to make their own choices, including exercising the right to gender identity without any fear of violence,”

As a SheDecides champion, Minister Zulu is expected to advocate for political action that advances the fundamental right of girls and women everywhere to enjoy their bodies, to make their own choices, to have access to comprehensive sexuality education. This includes the full range of quality care associated with sexual and reproductive life and health.

Accepting the position, Minister Zulu said she looks forward to working with all other like-minded champions and partners across the globe. She said she stands ready to speak out for policies and programmes that are responsive to women and girls’ lived experiences.

Minister accepted the responsibility to be part of the global movement because its strategic focus complements ongoing initiatives by government to address key population and development challenges.

These include the unacceptably high level of teenage pregnancies, gender-based violence and femicide (GBVF), forced child marriages in some parts of South Africa, and hate crimes against members of the LGBTIQ+ (Lesbian, Gay, Bisexual, Trans, Intersex and Queer) communities.

Minister Zulu is currently a member of the High-Level Commission on the Nairobi Summit on International Conference on Population and Development (ICPD). – SAnews.gov.za.