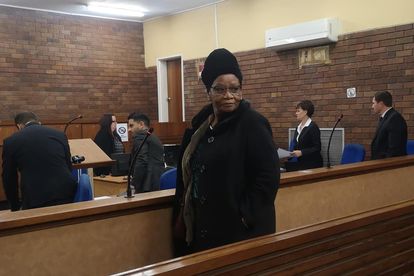 Speaker of Parliament, Thandi Modise, finally appeared for the first time at the Potchefstroom Regional Court, in the North West, to answer to a case related to animal cruelty charges that were laid against her, by AfriForum, in 2018.

The lobby group was approached by the National Society for the Prevention of Cruelty to Animals (NSPCA) for assistance after it was discovered, in 2014, that Modise’s animal farm, in North West, had been left abandoned for weeks.

What the investigators from AfriForum’s Civil Rights Organisation found when they arrived at the farm was a gruesome scene, where dozens of animals were dead, some barely clinging to life.

The NSPCA later revealed that the animals were in such a dire state, they were forced to put down more than 160 of them.

#ThandiModise finally has her day in court! The #NPA failed to prosecute the matter even though there was prima facie evidence that she had made herself guilty of #AnimalAbuse! ?? #AfriForum's private prosecution unit is ready to take her to trial on behalf of the #NSPCA! ??? pic.twitter.com/Ey26xBVVzB

Modise’s first appearance was meant to be on Friday, 21 June.

However, a warrant of arrest notice was issued by the court after she failed to appear.

Understandably so, since the day prior to her appearance, Modise chaired the sitting of President Cyril Ramaphosa’s State of the Nation Address, in Cape Town.

Proceedings commenced without delay from her end when she finally showed up before the judge on Monday morning.

However, it appears that more time is needed by Modise’s legal team to challenge the lobby group’s charges.

Therefore, the matter has been postponed until Wednesday, 30 October.