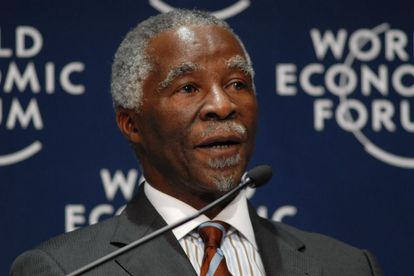 The feud between South African President Jacob Zuma and former President Thabo Mbeki continues, as ANC branches in Gauteng Province have nominated political heavyweight Mbeki to return to parliamentary politics in this year’s general elections in a show of defiance against the President. The Gauteng candidacy list, on which Mbeki occupies the 51st position (out of 200), is filled with Zuma’s opponents devised to give the President a hard time in parliament should any of the nominations be finalised on the ANC’s national list this week. The ANC is currently holding its national list conference in Irene outside of Pretoria in preparation for the 2014 general elections – an event, which is usually marked by heavy disagreements within the party.

Ongoing divisions within the ANC with regards to Jacob Zuma’s leadership continue to erode the underbelly of the party, as the general elections begin to draw near. The Gauteng candidacy list, long considered a litmus test for the mood within the party, also features other popular opponents and critics of Zuma’s from within the ANC, such as businessman and Minister of Human Settlements Tokyo Sexwale and Deputy President Kgalema Motlanthe, who had unsuccessfully challenged Zuma as ANC president at the Mangaung conference in late 2012. Several of Mbeki’s then-ministers from his Presidency terms are also on the same list, including Sydney Mufamadi, the former Provincial and Local Government Minister, and Thoko Didiza, former Public Works Minister.

The list is chiefly a reflection of the general mood within the ANC’s Gauteng branch, which has fiercely been opposed to Zuma’s Presidency and re-candidacy as ANC President and, subsequently, likely re-election as South African President again later this year, but hints at a general shift among the South African electorate as well.

President Zuma’s ongoing challenge with his popularity ratings was most notably seen, especially by international audiences, at former President Nelson Rolihlahla Mandela’s memorial service in December 2013, where he was booed by the crowd gathered at the FNB Stadium in Johannesburg. Zuma was elected President in 2009 following several years of leadership challenges between Mbeki and Zuma within the ANC, which ultimately culminated in Thabo Mbeki’s resignation as President of South Africa. Though likely to win the 2014 general elections as the ANC’s Presidential candidate, Zuma’s public image has been scrutinised over the years more so than previous Presidents of the new South Africa.

Jacob Zuma is not only confronted with growing disparagement from within his own ranks, but faces measurable defiance across party political platforms as well: with the Democratic Alliance’s (DA) announcement to join forces with Agang SA’s leader, Dr. Mamphela Ramphele, and growing defection from Zuma’s supporters to Julius Malema’s Economic Freedom Fighters (EFF) party, Zuma’s unrelenting stronghold on power may prove to be the first paving stone towards building a new political establishment in South Africa characterised by a true, multi-party system.