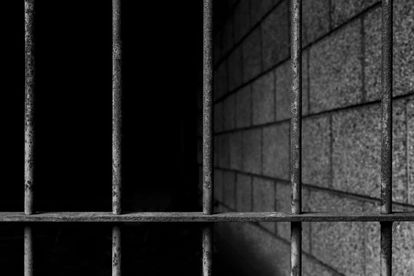 The leader of the Terrible Josters gang, Horatio “Voudie” Solomons, has been sentenced to life in prison after being found guilty of a host of crimes linked to the gang’s terrorisation of the Delft, Wesbank, Elsies River and Kleinmond communities in Cape Town.

He and “right-hand-man” Ismael Ockerts will spend the remainder of their lives behind bars for the murder of Vernon Botes and attempted murder of Herbert du Plooy, as well as for various other charges including drug dealing and taking part in gang activities.

The sentencing of a further four members of the notorious gang will come as a blow to the 10 000-strong organisation, which has been blamed for numerous high profile killings and crime in the Cape.

Judge Owen Rogers handed down the sentences to the accused on Monday 12 October at the Western Cape High Court, and said that while Solomons had not personally pulled the trigger that killed Botes in 2017.

Solomons, Ismail Ockerts, Fabian Constable, Ziyaad Safodien, Keenan Kruger and Lucian Consul were found guilty of a range of charges last month, while Elton Ely, Brian Fieghland, Brent Campbell, Bradley Roberts, Lezay Booysen and Ishmaeel Ockerts were acquitted having insisted that they have never been members of the gang.

“Society in general and the law-abiding members of their own community would be grievously let down if the court were not to mark their misdeeds with the gravity they deserve,” Rogers said during the sentencing.

While the sentencing of the notorious gangsters has been welcomed by Western Cape Security Minister Albert Fritz, gang violence continues to surge in the province, forcing law enforcement agencies to embark on a coordinated stabilisation effort of the Hanover Park community.

“I wish to commend the prosecution and investigation team on the conviction of a prominent leader in the Terrible Josters and five other gang members,” he said. “Judge Rogers in his sentence today made scathing remarks concerning the scourge of gang related crimes when sentencing four of the six accused to life imprisonment for murder and the remaining two for attempted murder and possession of unlicensed firearms and ammunition to 11 years and 10 years respectively.”

“This is another win and positive step towards a violence free society,” said Fritz.

“Violence and gangsterism has no place in our society and we not tolerate or condone it,” he said. “I have called on residents to report known criminal elements who disrupt the safety of their community.”

“I am determined to ensure that the Law Enforcement effort as seen here today will be closely linked with a comprehensive Violence Prevention component. Violence Prevention is about working together with all role-players, including parents, schools, NGOs, faith based organisations and local government to ensure that we permanently stop the violence plaguing our communities from happening i­­n the first place.”