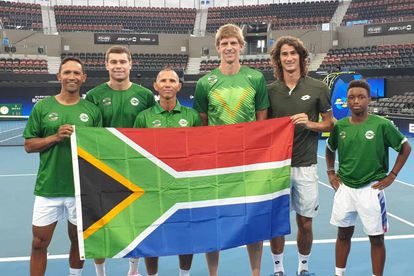 Tennis South Africa (TSA) has announced a further suspension of all sanctioned events, under its jurisdiction, until 7 June, due to the national shutdown in the bid to stop the spread of Covid-19.

The decision to extend the shutdown of local tennis tournaments, and related activities, has been taken in light SA President Cyril Ramaphosa’s announcement of a 21-day nationwide lockdown, that commences shortly.

“After careful consideration, the TSA risk committee, together with our board of directors, has decided to extend the suspension. This is a rapidly evolving situation and no one can predict with any certainty what will happen over the next few months. As a result, it makes short to medium term tournament and event planning almost impossible,” said TSA chief executive Richard Glover.

“While this decision will have a financial impact on our Federation and the wider local tennis ecosystem, our single most important consideration is one of public health and we are committed to acting responsibly in that regard.”

On 16 March, TSA announced an initial suspension of events until 20 April.

The new decision aligns with the Association of Tennis Professionals (ATP), Women’s Tennis Association (WTA) and the International Tennis Federation (ITF)’s recent suspension of all international tournaments up to and including 7 June.

Tennis SA has announced a further suspension of all sanctioned events, under its jurisdiction, until the 7th June 2020, inclusive.

The decision has been taken in light of the ever-growing threat posed by the #COVID19 outbreak.

Thursday’s announcement also applies to all TSA development centres – including wheelchair tennis hubs. Meanwhile, TSA has also decided that all national rankings (juniors, seniors etc) will be frozen with immediate effect and until further notice.

This new suspension is subject, at all times, to the national state of disaster being lifted in South Africa.