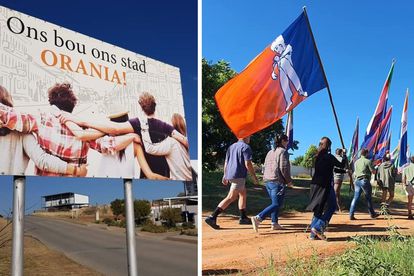 Orania is a town in the northern cape of South Africa known for providing a home only to white people. It has made headlines over the past couple of years.

DID YOU KNOW THE TEN FASCINATING FACTS ABOUT ORANIA?

So let’s look at ten fascinating facts that most people dont know about this all-white town.

HERE ARE THE TEN FACTS:

Early this month, it seems that this Northern Cape community is finding friends in unexpected places.

ORANIA OPENS ITS DOORS TO TRADITIONAL LEADERS AND TRIBES

That’s because two senior traditional leaders visited Orania on a diplomatic mission this week. Representatives from the AmaBhele kaJamangile – a Xhosa-speaking community in Maclear that strives for autonomy – were the first to touch base with town officials.

Then, the King of the Seleka Barolong – a Tswana group from near Bloemfontein who have deep-rooted ties with Afrikaans heritage – also met with leadership in Orania. The purpose of the visit was for both tribes ‘to learn more about self-determination’.

ALSO READ: Is Orania crime-free? Fact-checkers, politicians aren’t so sure…