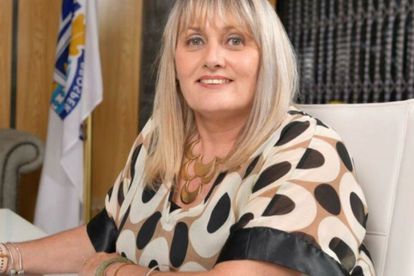 Mayor Tania Campbell said that damages from the Tembisa protests have been estimated at R35m but this still needs proper auditing. Photo: @TheLegalSA / Twitter

Mayor Tania Campbell said that damages from the Tembisa protests have been estimated at R35m but this still needs proper auditing. Photo: @TheLegalSA / Twitter

Ekurhuleni Mayor Tania Campbell revealed the cost of the extensive damage caused by the protests in Tembisa.

Campbell says current estimates out the damage at R35 million

Campbell said that current estimates of the damage incurred sit at around R35 million. This will still need to go through an auditing process.

“We have done an estimate of the damage and it is about R35 million. That still has to go through a proper auditing process. We appeal to communities not to damage property which is there to serve them. Those facilities are there for our communities, to assist our communities,”

She was speaking on the morning of Friday, 5 August, ahead of the meeting with frustrated community members. The mayor also denied claims that she has been avoiding a meeting with the protesting residents.

“Last Friday I sent my mayoral committee members, which is a normal procedure that we follow. On Monday I met with the communities and on Wednesday we met with communities as well. Today I am here,” she said.

This week, residents in Tembisa have been protesting against poor service delivery in their community. Just two days ago, the Independent Police Investigating Directorate (Ipid) revealed that they were investigating the deaths of two Tembisa residents who were allegedly gunned down by the Ekurhuleni Metro Police Department (EMPD), reports IOL.

Ekurhuleni mayor draws a comparison between protests and July 2021 unrest

Previously, it was reported that the Mayor of Ekurhuleni Tania Campbell has drawn comparisons between the Tembisa protests and the 2021 July unrest in KwaZulu-Natal and Gauteng.

Campbell believes that the protests, that have so far claimed four lives, were orchestrated. Earlier this week, Tembisa residents took to the streets to protest against poor service delivery, among other things.

Residents barricaded roads, burnt tyres and even set a few cars on fire. While speaking on 702fm, Campbell said that external forces had overtaken the genuine protests over service delivery. Read the full story here.