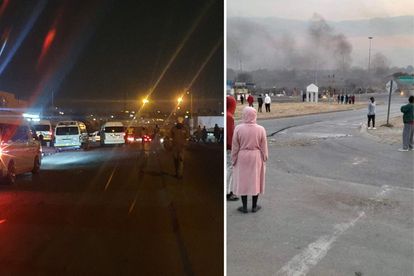 Following the death of two protesters in Tembisa, the EFF has called for restraint by the law enforcement agencies.

In a statement, the EFF called on the police and Ekurhuleni Metro Police Department (EMPD) to practice restraint in their interaction with protesters.

“The trigger-happy police have shown incompetence and a failure to control a volatile situation by resorting to kill people instead of managing the situation,” said the EFF.

The country woke up to massive service delivery protests in Tembisa on Monday, 1 August. This was a result of the constant rise in the cost of living, electricity and general poverty, that characterises South African society, according to the EFF.

“To respond to this dissatisfaction by our people with guns is a hallmark of a regime that uses brute force to suppress activism and protest.”

The party went on to criticise the mayor. “The people of Tembisa, have rightfully called on the Mayor of Ekurhuleni Tania Campbell to meet with them and address the challenges confronting them, towards an amicable solution. It is completely disrespectful and insensitive that the Mayor of Ekurhuleni has resolved not to meet with members of the community, which is an exhibition of white arrogance,” said the EFF.

“Public representatives should not fear the constituencies they lead, and must respond to the demand of the people. The EFF, therefore, calls on the Mayor to meet with the people of Tembisa to ensure that violence that is being inflicted on our people comes to an end,” added.

According to the City of Ekurhuleni Facebook page, Mayor Campbell met with the leadership of Tembisa.

EFF WARNS AGAINST VIOLENCE BY POLICE

“There must be no further loss of life in Tembisa, and the police must be careful to not turn a service delivery protest into a massacre. Civil unrest must be addressed through political interventions and dialogue, not through the unleashing of state machinery to kill people for practising their democratic right to protest,” the EFF cautioned.