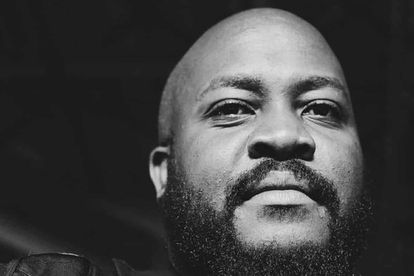 The Chief Executive Officer (CEO) of Tembisa Hospital, Lekopane Mogaladi, has gotten the ball rolling in challenging his suspension which was brought on by Health Ombudsman Malekgapuru Makgoba’s damning findings into Shonisani Lethole’s death.

NO GROUNDS FOR SUSPENSION – SAYS MOGALADI

Mogaladi’s legal counsel has reportedly served Makgoba and Health Minister, Zweli Mkhize’s offices with documentation notifying them of his intention to appeal the Ombudsman’s report and the resulting suspension.

A statement from Mogaladi indicates he does not believe there is a basis for disciplinary action against him. He has further accused the Gauteng Health Department of bias over the appointment of an interim CEO, without “considering Mogaladi’s representation”.

MOGALADI ALLEGES HE WAS NOT AFFORDED A CHANCE TO DEFEND HIMSELF

The Tembisa Hospital CEO is challenging the Ombudsman’s report on the basis that pertinent evidence was disregarded and he as the CEO was not afforded the opportunity to make his own set of representations.

On Monday 1 February, the Young Nurses Indaba Trade Union said that the health department was aware of the problems that had long plagued the Tembisa Hospital even before Lethole’s unfortunate death.

They said that at the time of the incident, casualty staff at the hospital were on strike because healthcare workers were being forced to work without personal protective equipment (PPE) during a pandemic.

“The matter was escalated to the highest office within the department and anyone with a brain could have foreseen the disaster waiting to happen at the facility. They sat on their hands while doing absolutely nothing to salvage the situation and prevent the tragic loss of life. Today the department wants to be seen as saviours with their announcements, saying they have suspended the CEO. They can suspend all the CEOs in the province but people will continue to suffer because the department has no desire to improve the system”

THE HEALTH OMBUDSMAN’S DAMNNG FINDINGS WHICH LED TO THE SUSPENSION

On Wednesday 27 January, the Health Ombudsman, Malekgapuru Makgoba, released his much awaited findings into the incident and concluded that the Tembisa Hospital acted negligently and failed to administer proper care to Lethole.

The 34-year-old man had been admitted to the hospital for breathing problems – and was confirmed to have tested positive for COVID-19 only after his death.

Before his passing, Lethole had reached out Health Minister Zweli Mkhize via social media to complain about the conditions at the hospital and said he hadn’t eaten in days. Now Malekgapuru’s report has found that Leshole had indeed not eaten for a total of more than 100 hours – that’s a little over four days.

“The first failure to offer him food was when he arrived at the hospital on the 23rd to the time when he was admitted to ward 23, on the 24th, around midnight. The second in the timeframe was when he was sedated, he was on mechanical ventilation and nobody inserted a nasogastric tube. He was never fed until he died.”

An investigation into Lethole’s death was launched at the behest of Mkhize.

TEMBISA HOSPITAL STAFF ACCUSED OF BEING UNCARING AND CALLOUS

The ombudsman was further scathing of the healthcare workers.

“The health-care professional team of doctors and nurses conceded to the investigation to this negligent, callous and uncaring omission. This uncaring attitude represented gross medical negligence,” Makgoba said.

He said the hospital management team mislead then Health MEC Dr Bandile Masuku about the state of the facility and recommended that action be taken against management for this.

Meanwhile, Parliament’s Portfolio Committee on Health says the Tembisa Hospital needs to be better resourced in line with its status as a tertiary institution. They said this following their visit to the hospital on 1 February.