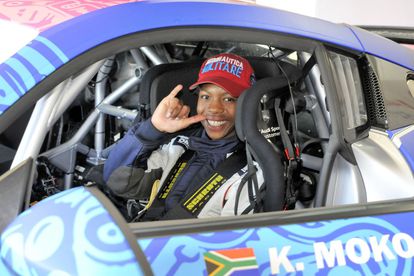 Teenager Kwanda Mokoena heads into the final round of the at the top of the points standings and within grasp of becoming South Africa’s first Black motorsport champion.

Kwanda has an 11 point advantage over his uncle Tschops Sipuka, who shared his Amandla Coal/MJR Audi R8 GT4 for most of the year but for the Killarney 9 Hour they will be fierce rivals in different teams and with 100 points available on the day, it will be a fascinating winner-takes-all contest.

When dropped scores from the preceding six rounds come in to play, Kwanda and Tschops are tied on points…

Two victories, a second place and two third places propelled Mokoena to the top of the championship log with the points difference coming at the start of the year which Mokoena missed while Sipuka claimed sixth place.  Kwanda claimed a podium finish in round two which his uncle missed, setting up the grandstand finish to the season.

Boosting the youngster’s chances of writing his name into the record books, MJR Motorsport has promoted Kwanda into the team’s Audi R8 GT3 Evo2 and recruited another young talent Capetonian Andrew Rackstraw and German factory Audi driver Dennis Marschall as co-drivers in their bid for the championship.

Rackstraw won the 2021 F1600 Championship and raced the AidCall Ligier JS53 in the 2021 Killarney 9 Hour and much will be expected from him as he makes his GT3 debut.

26-year-old Marschall is MJR Motorsport’s secret weapon for the Killarney 9 Hour. The factory driver has competed in Audi R8 GT3s in the ADAC GT Masters and competed in the Spa 24-Hours and Kyalami 9-Hour for the crack WRT Audi team.

Kwanda, who has just finished his final school exams ahead of his biggest weekend of his motorsport career said:  “I’m very excited to drive the Audi GT3 Evo 2. The step up from GT4 to GT 3 is not as big as the step from a Polo Cup car to the GT4. It will be Andrew’s and my first time in a GT3 so Dennis will be hugely valuable in helping us maximize the car’s performance”.

“I am hugely indebted to my team boss Marius Jackson, who has not only made this opportunity possible, but he’s also been a wonderful mentor and coach. “Besides Marius, I need to thank my parents and sponsors for making this possible, as well as Uncle Tschops for helping me get to the top of the points table”.

Kwanda’s Dad Kwame said: “We’re leaving no stone unturned to give Kwanda the very best opportunity to win a historic SA Endurance Championship.  It’s the right time for Kwanda to move up from GT4 to GT3. I have invested a great deal in shaping Kwanda’s career and this effort is a further step to prepare him for his international debut in 2023”.