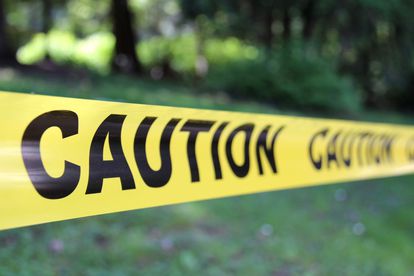 A 13-year-old girl was found to have sustained a gunshot wound in Roosendal, Delft. Photo: Stock Image / Pixabay

A 13-year-old girl was found to have sustained a gunshot wound in Roosendal, Delft. Photo: Stock Image / Pixabay

Authorities revealed that the South African Police Service (SAPS) were deployed to the scene of the shooting on Delft Main Road. There they found the teenager with a gunshot wound before transporting her to a nearby hospital for medical care.

Warrant Officer Joseph Swartbooi revealed that the motive for the attack on the young girl is currently unknown.

“The 13-year-old victim was transported to a nearby hospital for medical treatment. The unknown suspects fled the scene and are yet to be arrested. The motive for the attack is unknown,”

A similar incident occurred earlier in the week

This is not the first incident where a teenager was shot. On Tuesday, 9 August, a 15-year-old was gunned down in a supposed gang-related shooting in The Hague. EWN reports that the teenager was walking home from a shop when a stray bullet hit her. No arrests, in this case, have been made.

In other news about Delft, it was previously reported that the Cape Town police are probing another mass shooting after three dead bodies were found in Delft on Thursday afternoon, 23 June.

South African Police Service (SAPS) spokesperson Colonel Andre Traut said the victims – two men and a woman aged in their late twenties – were found in a shack in an informal settlement in Delft.

According to the police, the motive for the triple murder is yet to be established and no arrests have been made. Members of the public with information that could help the investigation are encouraged to call Crime Stop at 08600-10111 or use the My SAPS App. Read the full story here.

In an unrelated incident, also in Delft, it was reported that three men were shot and killed in an informal settlement in Delft, Cape Town on Sunday evening, 3 April. It is the latest in a spree of multiple killings in the Mother City.

The three victims – men, aged 32 and 22 – succumbed to their gunshot wound injuries and were declared dead at the scene by paramedics. Read the full story here.