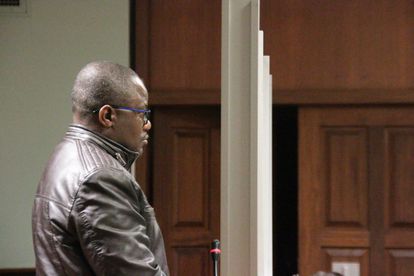 The doctor, Ilunga Kalasa, is to remain in jail before he returns to the Kimberley Magistrate’s Court on Monday. PHOTO: dfa.co.za/Soraya Crowie

The doctor, Ilunga Kalasa, is to remain in jail before he returns to the Kimberley Magistrate’s Court on Monday. PHOTO: dfa.co.za/Soraya Crowie

A teenage girl opened a rape case after she was allegedly raped by a doctor during her consultation while her father was waiting for her right outside.

The 17-year-old from Kimberley was not feeling well and went to go see a doctor at the Dinatla Medical Centre on Barkley Road earlier this week.

She went into the consultation rooms where the doctor, Ilunga Kalasa, examined her. Her father waited outside in the waiting room.

But during the examination, the doctor allegedly instructed her to take off her panties. He then undressed, forced himself on his teenage patient and raped her.

The traumatised young girl walked out of the consultation room without saying a word to her father, who had accompanied her.

TEENAGER FINALLY BROKE HER SILENCE ON THE RAPE

The following morning, the teenager told her aunt about the rape incident. Her aunt accompanied her to the police station where the matter was reported, said police spokesperson Dikeledi Gopane.

“A case was registered on Tuesday, 17 August and the 35-year-old male suspect was arrested,” she said.

The teenager was taken to Thuthuzela Care Centre for medical examination, which confirmed a rape occurred.

The doctor remained in custody until his first court appearance the following day.

Ilunga Kalasa, a foreign national from the Democratic Republic of Congo, appeared before the Kimberley Magistrate’s Court on Wednesday.

A crowd was protesting outside the court during his appearance as they hoped he remained behind bars while calling him a pig and an animal. Protestors held up placards saying “I am supposed to trust you but I am afraid of you” and “You are a danger to our people”.

The doctor remains in police custody until his next court appearance on Monday, 22 August.

“Our position, as the state, is that we will be opposing bail given the seriousness of the charges against the accused and the profession that he is in whereby he is trusted with ensuring the communities are protected against such acts.”

The father of the teenage victim is angered by the act.

“This is my child. I must protect my child. I am feeling very vengeful. That is what I can tell you.”

Father of the teenage rape victim

Her mother is hoping justice is served.

“Who should we trust? As parents, we are really praying for justice to be served so this does not happen again and we put an end and a stop to this,” she said.

ALSO READ: SA woman shot ‘EIGHT times by ex’ – after she filed rape case against him