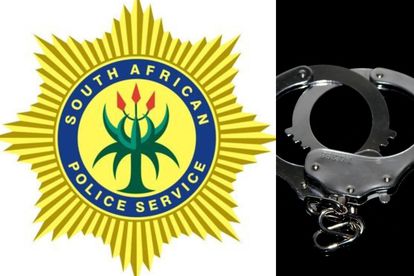 A suspect linked to the killing of a police officer was arrested. Photo: @SAPoliceService / Twitter and Stock Image / Pixabay

A suspect linked to the killing of a police officer was arrested. Photo: @SAPoliceService / Twitter and Stock Image / Pixabay

Limpopo SAPS revealed that an 18-year-old arrested for a house robbery was positively linked to a murder.

The teenager was arrested for a house robbery in Bendor, Polokwane on Tuesday, 23 August, before being linked with the murder of Lindy Oberholzer. Oberholzer’s body was found in her home in the same suburb on 17 August.

Spokesperson for the South African Police Service (SAPS) in Limpopo Brigadier Motlafela Mojapelo said the 18-year-old allegedly gained access to the house through an open door. He approached a 54-year-old man who was at home and hit him repeatedly with a flower pot.

The suspect stole two laptops, a cellphone, a tablet and books before fleeing the scene. The injured victim was able to get assistance from neighbours and the SAPS were called.

“The suspect was arrested by detectives from Polokwane shortly after the incident, with the assistance of the Mighty Security Company. All the robbed items were also recovered,” said Mojapelo.

The suspect’s link to Oberholzer‘s murder

An investigation conducted after the arrest linked the teenager to the murder of 53-year-old Oberholzer. Preliminary investigations by the SAPS revealed that Oberholzer was hit with a sharp object, reports TimesLIVE.

The teenager is expected to appear before the Polokwane Magistrate’s Court on Thursday, 25 August. He is facing charges of murder and house robbery. Further investigations to determine if he is linked to any other cases are continuing.

Meanwhile, it was reported that a 31-year-old woman was found guilty and convicted for killing her grandmother in the Johannesburg High Court on Tuesday, 23 August. The accused, Nomaswazi Rachel Tshabalala, pleaded guilty to murder, 24 counts of fraud and theft of her grandmother’s bank and SASSA cards.

She admitted to being under the influence of drugs when the murder was committed on 14 December 2019. The killing followed an altercation when the grandmother tried to put her out of the house. Read the full story here.