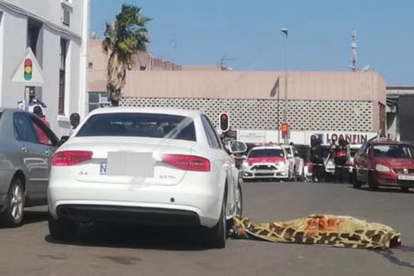 A leading security company has confirmed the killing of a KwaZulu Natal taxi boss. The victim was shot dead inside his white Audi A4 in Tongaat on Wednesday 20 October.

According to the report, the unnamed man was attacked while he was in his car at the Tongaat Taxi Rank in the Tongaat CBD. The victim was ambushed by a group of suspects who appeared in a maroon VW Polo during broad daylight.

“Reaction Officers were dispatched to the scene and on arrival it was established that the deceased was seated in his white Audi A4 when the occupants of a maroon VW Polo fired a volley of shots at his vehicle.

VICTIM HIT WITH BULLETS ON HIS BODY AND HEAD

Despite carrying a pistol himself, the victim was attacked with a storm of bullets before getting any opportunity to defend himself.

“The gunmen were allegedly armed with high calibre rifles. The deceased was struck multiple times on his body and his head. He was in possession of a 9mm pistol which was still holstered. The motive for the shooting has not been confirmed at this stage.”

In our other most recent taxi violence report, a total of four taxis were torched and set alight in the CBD of Johannesburg on Saturday. A local police commander said it is clear that a fight between two different taxi associations led to the violence but added that the cause would form part of the investigation.