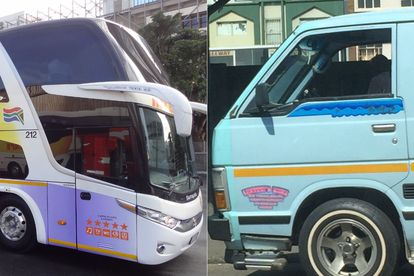 The taxi industry has threatened violence if Intercape does not raise its travel fare from Cape Town to the Eastern Cape. Photo: Danny Foster and UCL Urban Laboratory / Flickr

The taxi industry has threatened violence if Intercape does not raise its travel fare from Cape Town to the Eastern Cape. Photo: Danny Foster and UCL Urban Laboratory / Flickr

The taxi industry has reportedly threatened ‘acts of violence’ if their demands are not met.

One of the demands made by the industry is that Intercape needs to increase its bus fare in terms of travel from Cape Town to the Eastern Cape. This news was revealed by Deputy National Commissioner responsible for Policing Lieutenant General Tebello Mosikili.

“Amongst presentations made by bus services is that the taxi industry has threatened acts of violence should their demands not be complied with, and those include the Intercape to increase their bus fare from Cape Town to the Eastern Cape,” said Mosikili.

Moskili explained that taxi operators requested a fee that would ensure buses would operate without disturbances.

Mosikili was speaking at a meeting of Parliament’s Tourism Committee on Tuesday, 20 September. The meeting heard police interventions to clamp down on the attacks that long-distance buses have been facing.

EWN reports that the police assured Members of Parliament that there were a number of measures put in place to address these attacks. Some of the measures include a focus on:

Mosikili went on to state that Intercape was the most targeted bus company.

In the current financial year, there was a massive 69 cases involving Intercape. Sixty-one of these cases came from the Eastern Cape while the other eight were in the Western Cape.

Using Intercape buses? Watch out for these VIOLENT ATTACKS

Last month, it was reported that the attacks on Intercape buses are nothing new, as they date back to 2019 with more attacks happening since then. But the bus company has opened 126 cases with the police, with none of them being attended to.

A breakdown of the attacks was laid out by Intercape CEO Johann Ferreira on Friday. Speaking at the sitting of the Western Cape Standing Committee on Transport and Public Works, he pleaded for authorities to step in and protect the company and the long-distance bus industry.

The industry has been facing blatant intimidation and violent attacks, he said. Incidents of stoning, intimidation, assault and attempted extortion have taken place since 2019. Read the full story here.