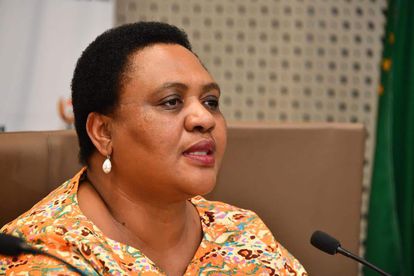 A special task team has been set up to urgently look into ways to curb the spread of African Swine Flu (ASF) from the three affected provinces to other provinces, minister of agriculture, land reform, and rural development Thoko Didiza revealed.

The path to curbing the spread of African Swine Flu

Didiza met MEC’s from the three affected provinces – Gauteng, Mpumalanga, and the North West – in Pretoria to be briefed on the status of the African Swine flu outbreak, her ministry said in a statement.

The meeting was attended by senior managers from the affected departments and the national department, and looked at various ways of dealing with the outbreak and finding a permanent solution.

“We have to look at various options, such as institutional arrangements working with the Agricultural Research Council (ARC), and also reflect on the issue of animal commonages in the affected areas,” Didiza said in the statement.

Task team given a urgent mandate

The minister and MEC’s had set up a task team to urgently look into ways to curb the spread of the disease to other provinces, the statement said.

South Africa had been experiencing ASF outbreaks in domestic pigs in previously disease-free areas since 2012 by means of the domestic cycle of ASF.

Since April 2019, South Africa had experienced outbreaks of ASF in the North West, Mpumalanga, Gauteng, and the Free State.

The affected areas were Daveyton in Gauteng, Delmas and Siyabuswa in Mpumalanga, and Marikana in the North West.

There had been interventions to contain the spread of ASF, such as active surveillance and awareness carried out in the immediate vicinity and passive surveillance was still ongoing.

Didiza had urged pig farmers to make sure that infected animals were isolated and destroyed under the supervision of, or by an officer or authorised person.

She also urged officials to make sure that the spread of ASF was quickly managed.

“We will be engaging with the ministers of finance and cooperative governance and traditional affairs to ask for their assistance to quickly respond to this challenge,” Didiza said.