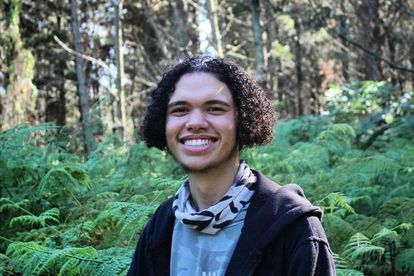 The community of George is still in mourning following the death of a talented young man.

THE YOUNG MAN WILL BE LAID TO REST ON SATURDAY

Aulin Powell (21) was killed in an accident last week on Knysna Road.

He will be laid to rest on Saturday, 15 January. The service will be broadcast live on Facebook from 10:00.

According to reports, he was on his way to his parent’s home in Le Vallia from work when his motorcycle collided with a Toyota Hilux bakkie.

POWELL WAS DECLARED DEAD ON THE SCENE BY PARAMEDICS

Powell was declared dead on the scene by paramedics.

Since his death, tribute messages from friends and family have been pouring in on social media. He was described as a talented and creative young man who had a passion for music.

Police reportedly said they arrived on the scene around 11:25 on Wednesday, 5 January 2022.

POLICE ARE INVESTIGATING THE CAUSE OF THE ACCIDENT

“A case of culpable homicide has been opened after the bakkie hit the motorcycle. The motorcyclist died of serious injuries. No further information about the incident is available at this stage. The investigation continues,” police reportedly said.

Last month, three matrics were killed in a horrific accident when their vehicle veered off the N2 between Glentana and George..

THE ACCIDENT HAPPENED IN THE EARLY HOURS OF SATURDAY

According to police spokesperson Captain Malcolm Pojie, the accident happened in the early hours of Saturday, 4 December 2021, between 01:00 and 02:00, near the Maalgate Bridge.

“Preliminary investigations suggest that the four friends aged 18-years-old were en-route to George, travelling in a Toyota Lexus when the driver lost control over the vehicle. The vehicle veered off the road and came to a halt in the field adjacent to the main road,” Pojie said.

According to reports, the group of matrics was on their way to the matric holiday in Hartenbos when the accident happened.

ALL OCCUPANTS WERE SWUNG OUT OF THE VEHICLE ON IMPACT

He said all the occupants were swung out of the vehicle during impact.

Does tropical storm Cheneso pose a threat to South Africa?