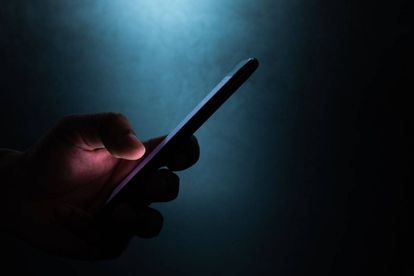 The top 200 most common passwords in SA were revealed. Photo: Adobe Stock

The top 200 most common passwords in SA were revealed. Photo: Adobe Stock

The Western Cape Education Department (WCED) has been made aware of two “disturbing” social media accounts that contain racist commentary. While one account has been linked to a 15-year-old learner at the Table View High School, another has been created in the name of the school itself.

The WCED has engaged with the school and has confirmed that the learner’s account has been impersonated.

“The parents have submitted the learner’s phone to SAPS and have opened a case of ‘Defamation of Character.’ Arrangements are being made with a digital forensics company to get the content removed,” said Director of Communications at the Western Cape Education Department Bronagh Hammond.

The School Governing Body (SGB) at Table View High School is also engaging with Tik Tok to get the fake school account taken down.

“They have submitted a legal letter, as well as an affidavit from the school confirming that the account was unlawfully registered in the name of the school,” said Hammond.

She went on to say that the content that was portrayed in relation to the Table View High School is extremely offensive and unacceptable.

“It is unacceptable that people are intentionally and maliciously wanting to stir unrest and racial tension. The WCED has released this information to enable accurate reporting on the matter,” she added.

Apart from Table View High School, the Economic Freedom Fighters (EFF) are expected to hold a protest once again outside the Brackenfell High School on Friday 20 November 2020.

Although the party has been given permission by the City of Cape Town to hold a protest of no more than 100 members, they have been encouraged to do so peacefully. EFF spokesperson in the Western Cape Wandile Kasibe also told The South African that it would be peaceful.

In the meantime, Western Cape Minister of Education Debbie Schäfer also urged Brackenfell residents to avoid the school on Friday unless they are dropping or fetching learners.

The FW de Klerk Foundation released a statement on Thursday saying there is a possibility that members of the local community might once again gather at the school at the same time in their efforts to ‘defend’ the school.

“The Foundation calls on President Ramaphosa and Premier Winde to call for calm and to ensure the maintenance of law and order. We also ask them, our churches and the Human Rights Commission to condemn racist actions and statements from all sides in an even-handed manner,” it added.