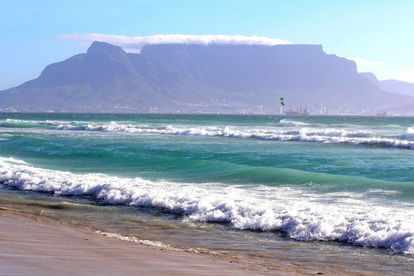 The fire on Table Mountain was reportedly contained by the evening of Saturday, 29 October. Photo: Stock Image / Pixabay

The fire on Table Mountain was reportedly contained by the evening of Saturday, 29 October. Photo: Stock Image / Pixabay

Spokesperson for the South African National Parks (SANParks) Lauren Howard Clayton confirmed that the blaze on Table Mountain was ‘100% contained’.

Clayton said that it was contained on the evening of Saturday, 29 October. Mop-up operations in the area are ongoing.

According to Clayton, a team of 20 firefighters from the Nature Conservation Corporation (NCC) Wildfires began the mop-up operations along the fire line in areas that were accessible on Saturday evening.

She said new crews would arrive on Sunday, 30 October, morning to continue with mop-up operations within the burnt area on Table Mountain.

A hiker was airlifted for urgent medical attention

Cape Town etc reports that the City of Cape Town said 12 hikers were overwhelmed by dense smoke in Plattelip Gorge.

The hikers were brought down from the mountain and a female hiker was reportedly in serious condition.

“A female hiker was in a serious condition and needed to be airlifted for urgent medical attention. At 18:40 on Saturday evening, the incident was declared closed,” the City said.

Previously, it was reported that firefighters were tackling the fire burning along the slopes of Table Mountain on Saturday, 29 October. The fire started on Friday night and climbed the slopes, which forced the cableway company to suspend services earlier on Saturday.

As previously reported, the fire started in Fountain Ravine on Friday night. Philip Prins, the fire manager of Table Mountain National Park, said the fire burnt up the steep slopes of the mountain along the western section of the upper cable station.

A Huey helicopter and spotter plane, which was brought in from George by Working on Fire, worked along the left flank of the fire. The ground crews and aerial support will work in tandem until the fire is contained, said Prins. Read the full story here.