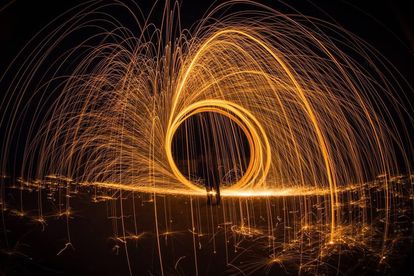 Sydney and Hong Kong put on stunning fireworks displays to welcome to the New Year, among the first in a wave of celebrations for billions around the world.

Australia’s largest city organised its biggest-ever fireworks display and used new effects to light up the skyline for 12 minutes. More than 1.5 million spectators packed the harbour front and parks to enjoy the spectacle.

To mark the international year of indigenous languages in 2019, the harbour also hosted a ceremony celebrating Aboriginal heritage that included animations projected onto the bridge’s pylons.

In Hong Kong, hundreds of thousands of revellers packed the streets on both sides of Victoria Harbour for a spectacular 10-minute show that used $1.8 million worth of fireworks.

In the Indonesian capital Jakarta, more than 500 couples tied the knot in a free mass wedding organised by the government. Fireworks shows were cancelled out of respect for tsunami victims.

New Year’s Eve celebrations were also called off in nearby Banten province, where the December 22 killed more than 400 people.

In Japan, locals flocked to temples to ring in 2019, as US boxing superstar Floyd Mayweather came out of retirement to beat Japanese kickboxer Tenshin Nasukawa in a multi-million-dollar “exhibition” bout outside Tokyo.

A strong police presence has become a key element of the festivities, to protect crowds that could be targeted in terror and vehicle attacks.

Russia will see in the new year progressively over several time zones, having started in far eastern Kamchatka.

In Moscow, concerts and light shows will be held across the city’s parks and more than 1,000 ice rinks have been opened for merrymakers.

But a tower block gas explosion that killed at least four people and left dozens more missing has cast a shadow over New Year’s celebrations — the biggest holiday of the year in Russia.

In Paris, a fireworks display and sound and light show under the theme “fraternity” is scheduled on the Champs-Elysees despite plans for further “yellow vest” anti-government protests at the famed avenue.

French President Emmanuel Macron in a televised address shortly before the new year, acknowledged that the French government had to do better.

In Berlin, music lovers will party at a concert at the Brandenburg Gate, but a popular German tradition of setting off fireworks to mark the occasion has been banned in some other cities over safety concerns.

Britain’s capital London will usher in the New Year by celebrating its relationship with Europe despite the turmoil over Brexit and the impending departure from the European Union.

Election officials will be counting votes in the Democratic Republic of Congo after Sunday’s massive presidential election.

In Nigeria meanwhile, President Muhammadu Buhari on Monday promised a free and fair election in 2019. Early this month, Buhari and other candidates signed a peace deal ahead of the February 16 vote.

Revellers in Dubai will flock to see fireworks at the world’s tallest tower, Burj Khalifa, while another United Arab Emirates city — Ras al-Khaimah — will attempt to set the Guinness World Record for “longest fireworks show”.

Rio de Janeiro’s famous hilltop statue of Christ the Redeemer will be brought to 3D life with special light projections before fireworks illuminate the city’s Copacabana beach where around two million revellers, many dressed in white, will party till dawn.

As the world parties, many will also look forward to 2019 and wonder whether the turmoil witnessed during the previous year will spill over into the next.

The political wrangling in Westminster over Brexit was one of the key stories of this year, with a resolution yet to be reached ahead of the scheduled March 29 departure.

US President Donald Trump dominated headlines in 2018. He ramped up his trade war with China, quit the Iran nuclear deal, moved the US embassy to Jerusalem and met his North Korean counterpart Kim Jong Un for a summit, the results of which have divided commentators.

North Korea’s commitment to denuclearisation will remain a major political and security issue into next year, as will Syrian President Bashar al-Assad’s reassertion of control after Trump’s shock military withdrawal announcement.

The war in Yemen, which started in 2014 and has already killed about 10,000 people and left some 20 million at risk of starvation, could take a crucial turn after a ceasefire went into effect in mid-December.

Numerous countries go to the polls in 2019, with key elections in India, Afghanistan, Indonesia, Nigeria, South Africa, Argentina and Australia.

Major sporting events on the calendar include the Rugby World Cup in Japan, the cricket one-day international World Cup in England and the athletics World Championships in Qatar.