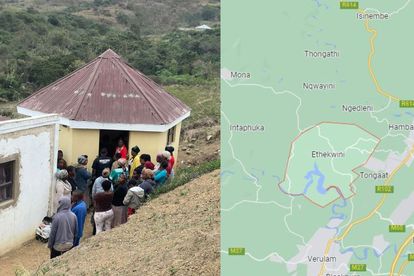 A teenager suspended a week ago from school was found hanging in a rondavel next to his house in Hazelmere.

THE TEENAGER WAS FOUND HANGING A RONDAWEL

According to Reaction Unit SA (RUSA) spokesperson Prem Balram, the 16-year-old boy was found hanging in a rondavel next to his house in Hazelmere on Monday afternoon.

“We were called out to the property at approximately 16:23. On arrival, a large crowd consisting of family and members of the community were located on the premises.

“RUSA paramedics were led into a rondavel where the teenager was declared deceased. He was allegedly hanging by an electrical cable attached to a rafter and was cut down by a neighbour prior to the arrival of First Responders.”

Balram said it was established that the boy was suspended from school a week ago after he was found in possession of a knife.

“It could not be confirmed if the suspension drove him to end his life.”

SUICIDE PREVENTION: HOW TO GET HELP

The South African Depression and Anxiety Group (SADAG) released Teen Suicide Prevention guidelines, which highlights warnings signs of suicide, how to ask a friend or family member for help, and who to contact.

TEEN DEPRESSION: THE MOST RECENT STATS

“One in eight teenagers are at risk of developing a mental disorder, with mood and anxiety disorders being the most prevalent,” ADvTECH brand academic manager Dr Jacques Mostert, recently said in a statement.

Mostert holds a PhD in Psychology of Education and is globally renowned in his field.

According to Mostert, an estimated 24% of teenagers between the ages of 11 to 19 suffer from depression caused by the home environment, while 25% are subject to cyber-bullying and loneliness, and 80% report a sense of isolation that causes them to feel depressed.

“It is very important to understand the signs of depression, so that action can be taken timeously should concerns about the mental wellbeing of a child arise,” said Mostert.

HOW TO RECOGNISE THE SIGNS OF TEEN DEPRESSION:

Teachers and parents can recognise the onset of depression when a sudden behaviour change becomes apparent and continues for at least three weeks or longer.

These include an atypical lack of energy, becoming increasingly irritable and agitated without a rational explanation, and a sense of being down in the dumps for no reason.

According to Mostert, some teenagers may withdraw from friends and family over a sustained period, adding that this is especially concerning if this is atypical of the normal interactions of the teen.

“Another red flag is the inability to concentrate in class where ADHD or other non-neurotypical difficulties are not present, as well as regularly failing to complete classroom and homework assignments in time or often being late to class because of feeling overwhelmed.

Mostert said this, coupled with unusually defiant behaviour towards teachers and other school staff, especially if this is non-typical behaviour, may indicate that the teenager is experiencing difficulties with mood and affect.

TALK OF DEATH AND SUICIDE

“Finally, a loss of future-mindedness, or talk about death or suicide, and engaging in risky or self-destructive behaviour (drinking alcohol, taking drugs, or cutting, for example) are clear signs of the teen suffering from mood difficulties or a possible mood disorder.

“Not all of the above need to be present, but if there is a discernable and drastic change in a young person’s behaviour which continues for a period of several weeks or longer, intervention is necessary,” Mostert said.

FOUR STEPS PARENTS AND TEACHERS CAN TAKE TO HELP TEENS:

‘TRUST YOUR GUT’ AS TO WHEN PROFESSIONAL HELP IS NEEDED

“Should the above techniques not bring about an improvement in the mental wellbeing, parents should seek advice from their medical practitioner or a psychiatrist.”