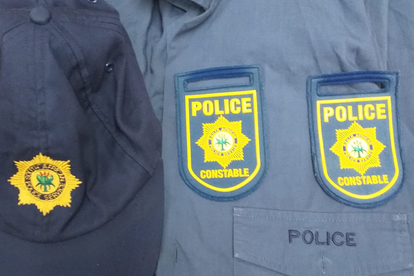 Two suspects believed they would execute the smoothest arm robbery with police uniforms in tow, but still found themselves arrested in Melmoth, KwaZulu Natal on Friday 5 November.

The arrests took place on the R34 near Melmoth at the start of last weekend and were executed by the Zululand district task team, crime intelligence, and Durban special task force members.

One suspect, aged 35, was arrested with unlawful possession of a firearm with four rounds of ammunition. The second accomplice, aged 37, was nabbed in possession of various police uniform items.

“The team was following up on information regarding possible suspects who were planning to commit a robbery in Melmoth,” said South African Police Service (SAPS) Spokesperson Capt Nqobile Gwala.

“During the operation, a vehicle with two occupants was spotted traveling on the R66/R34 road near Gold Reef Compound in Melmoth.

“The vehicle was stopped and the occupants were searched.”

Meanwhile, the pair is due in court at the Melmoth magistrate’s court on Monday 8 November.

In our other recent report near the Melmoth area, a retired police officer was shot and killed, and his body was dumped in the bushes at Makhasaneni.

Police spokesperson Captain Nqobile Gwala said police received information about a vehicle that had bloodstains at a service station in Eshowe. “The team proceeded to the location where a vehicle was found with two men. The men were interrogated regarding the blood that they were cleaning in the vehicle.”

Meanwhile, Gauteng police have said 25 people were arrested over the weekend in Gauteng for driving while under the influence of alcohol.

Police spokesperson Captain Kay Makhubele said the 25 drunk driving people were arrested during a roadblock in West Rand. “These people in Gauteng are among 1058 people that were arrested by the police during weekend high density operations in Gauteng.”